In the spring of 2019, a team of students researching within the "Architecture and Engineering Services" initiative sought to better understand the major players, financing, and timelines of specific architectural projects that were significantly affected by Hurricane Katrina. And while many questions were answered, many more remain. The below research, by Eddy Almonte (MUP '19), takes a close look at the demolition of public housing New Orleans through the lens of the C.J. Peete Houses.

Before Hurricane Katrina made landfall in New Orleans in 2005, the privatization of public housing was already underway. Since 1996, HOPE VI grants through the Department of Housing and Urban Development were used by developers and organizations to demolish and replace public housing with mixed-income housing in order to redevelop entire neighborhoods.1 The Housing Authority of New Orleans has been in federal receivership since 2002, granting HUD direct control over New Orleans' public housing stock.2 After Katrina, the rate of demolition for viable and structurally sound public housing in New Orleans increased under the guise of disaster recovery.3 C.J. Peete Houses, also known as Magnolia Houses, was one of the Big Four public housing developments that were slated for complete demolition after Katrina.4 Since 1998, C.J. Peete had been in the process of being emptied and partially demolished, with only 144 people living there at the time of the storm. [citation] In spite of community resistance, C.J. Peete was fully demolished and redeveloped as Harmony Oaks beginning in late 2008.5 At its height, C.J. Peete operated 1403 public housing units. Today, only 143 units on site are designated as public housing.6

Urban Strategies Inc. — A nonprofit corporation and subsidiary of McCormack Baron Salazar responsible for coordinating community and social services at Harmony Oaks.12 Received funding from private foundations such as the Annie E. Casey and Ford Foundations to administer services.13

New Orleans Housing Authority (HANO) — Went under receivership with the federal government in 2002. HUD grants were directly distributed to HANO for the HOPE VI Demolition and Revitalization program.

Other, non-coded "A&E Services" are shown in italics

Early 2002
Bush administration breaks the accord that Mayor Morial had crafted with a cooperative Clinton White House to maintain local control over HANO and imposed a series of HUD-appointed administrators to run the agency.25

August 2005
Hurricane Katrina floods most public housing developments in the city. No structural damage was detected after MIT architecture professor John Fernandez inspected the buildings in 2006.26

2006
HANO federal receiver William Thorson writes in an email that the public housing repair costs per unit seemed low, and instructed his staff to "take photos of the worst of the worst."27

February 2006
HUD advises the US Senate that it plans to reopen a quadrant of B.W. Cooper, make repairs at C.J. Peete, and reoccupy units at Iberville.

August 21, 2009
Subcommittee on Housing and Community Opportunity Field Hearing on “The Status of the ‘Big Four’ Four Years After Hurricane Katrina.” 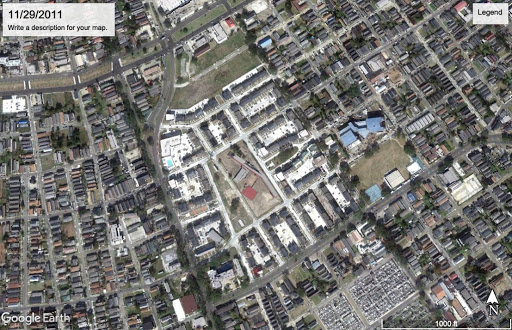 Above: C.J. Peete site in 2011, at the opening of Harmony Oaks (Google Earth)

March 2012
Developers (JCH Development, Stirling Properties, and Central City Partners) purchase the leftover land from the CJ Peete site for $900,000 to develop Magnolia Marketplace. By 2013, the New Orleans City Council creates a special economic development district for Magnolia Marketplace, allowing the city council to become the legal governing authority for the marketplace. The city council approves a 1-cent sales tax to finance $2.3 million in bonds for construction, while $15 million in first mortgage debt and $5.5 million in developer equity cover other funds.37 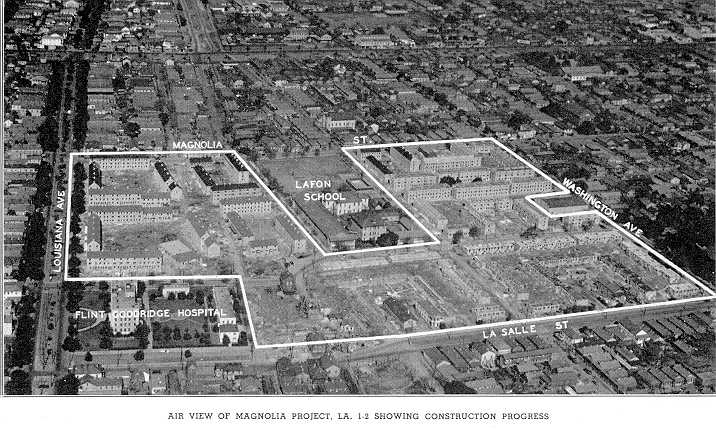 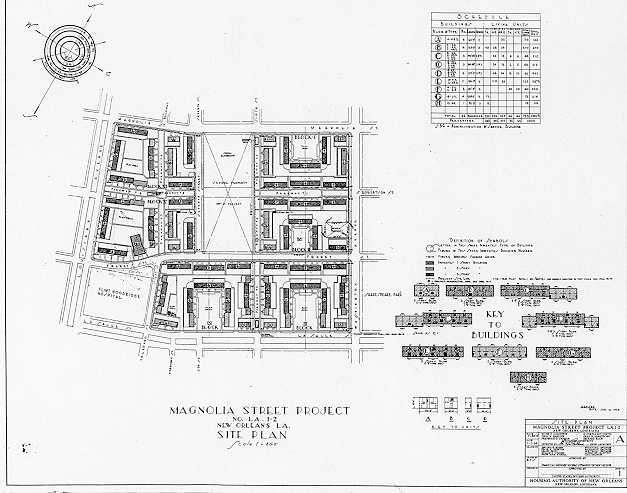 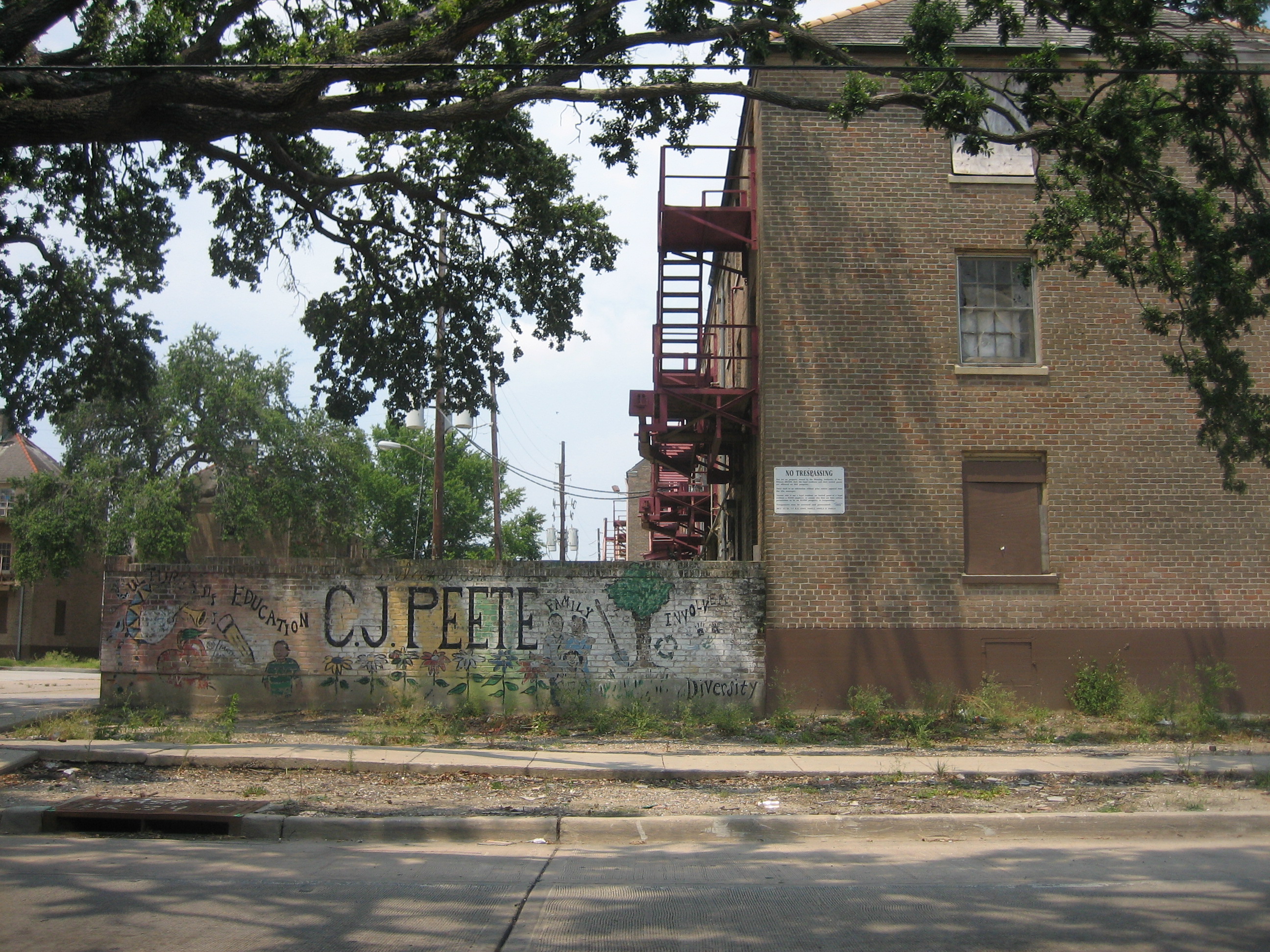 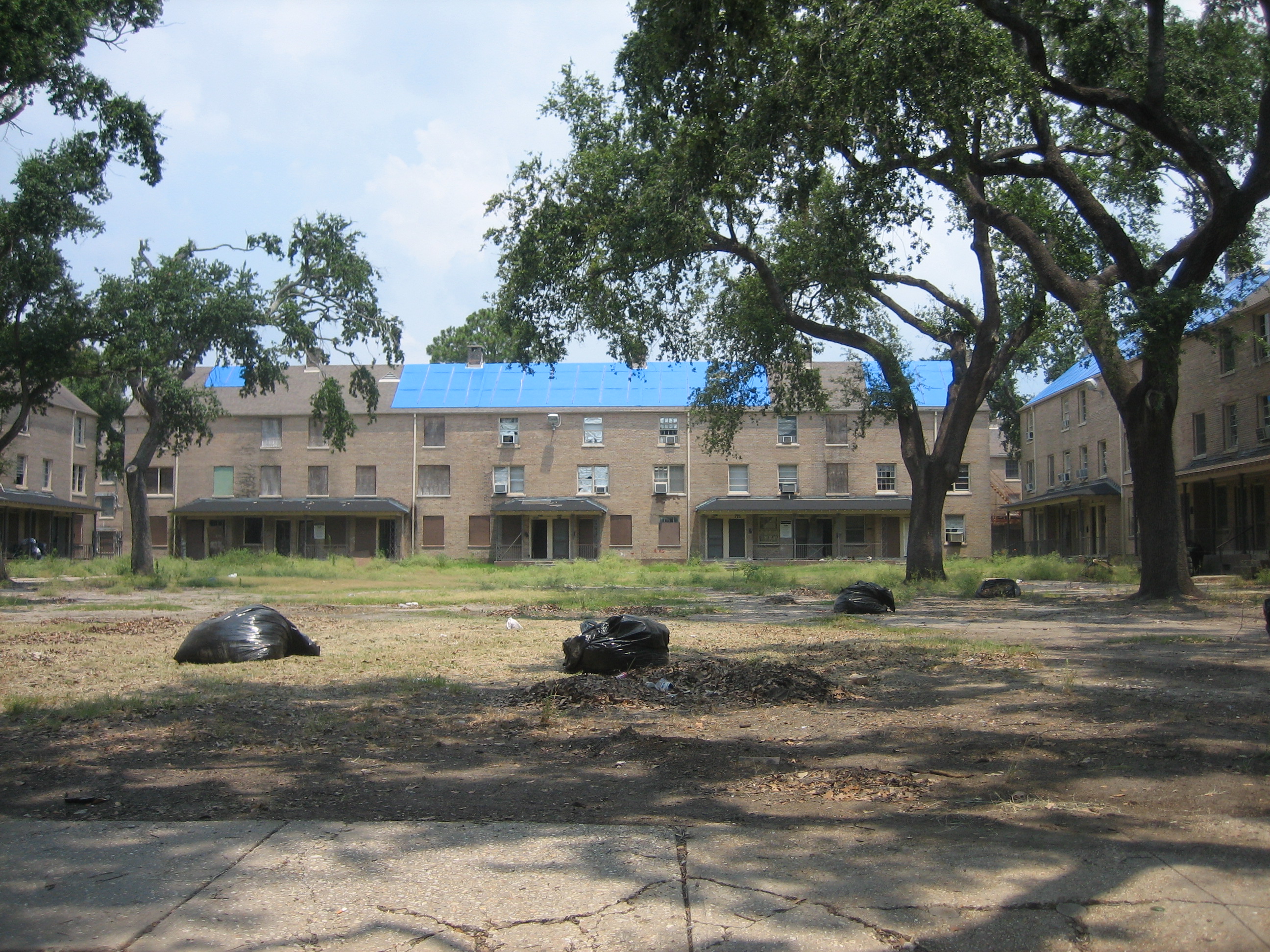 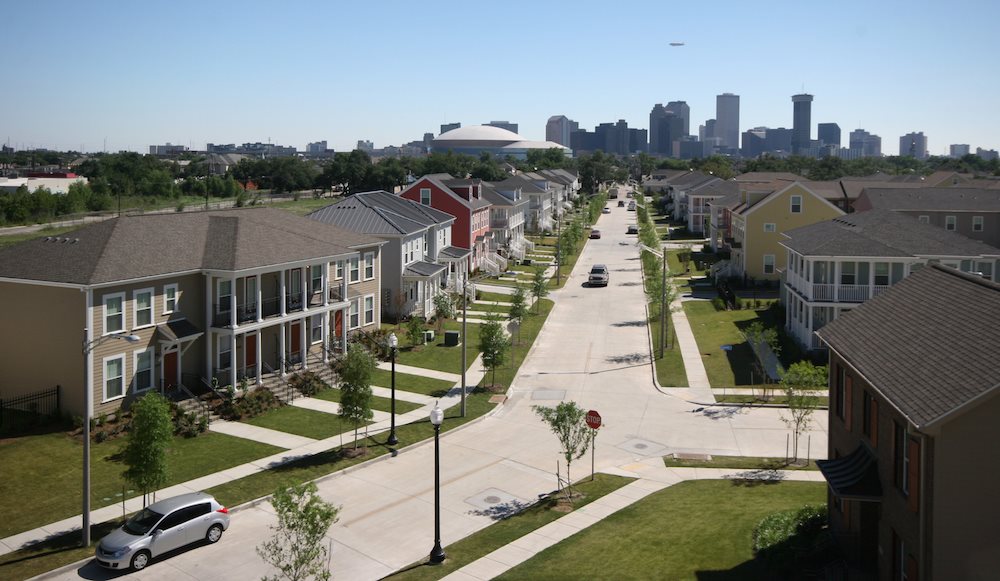 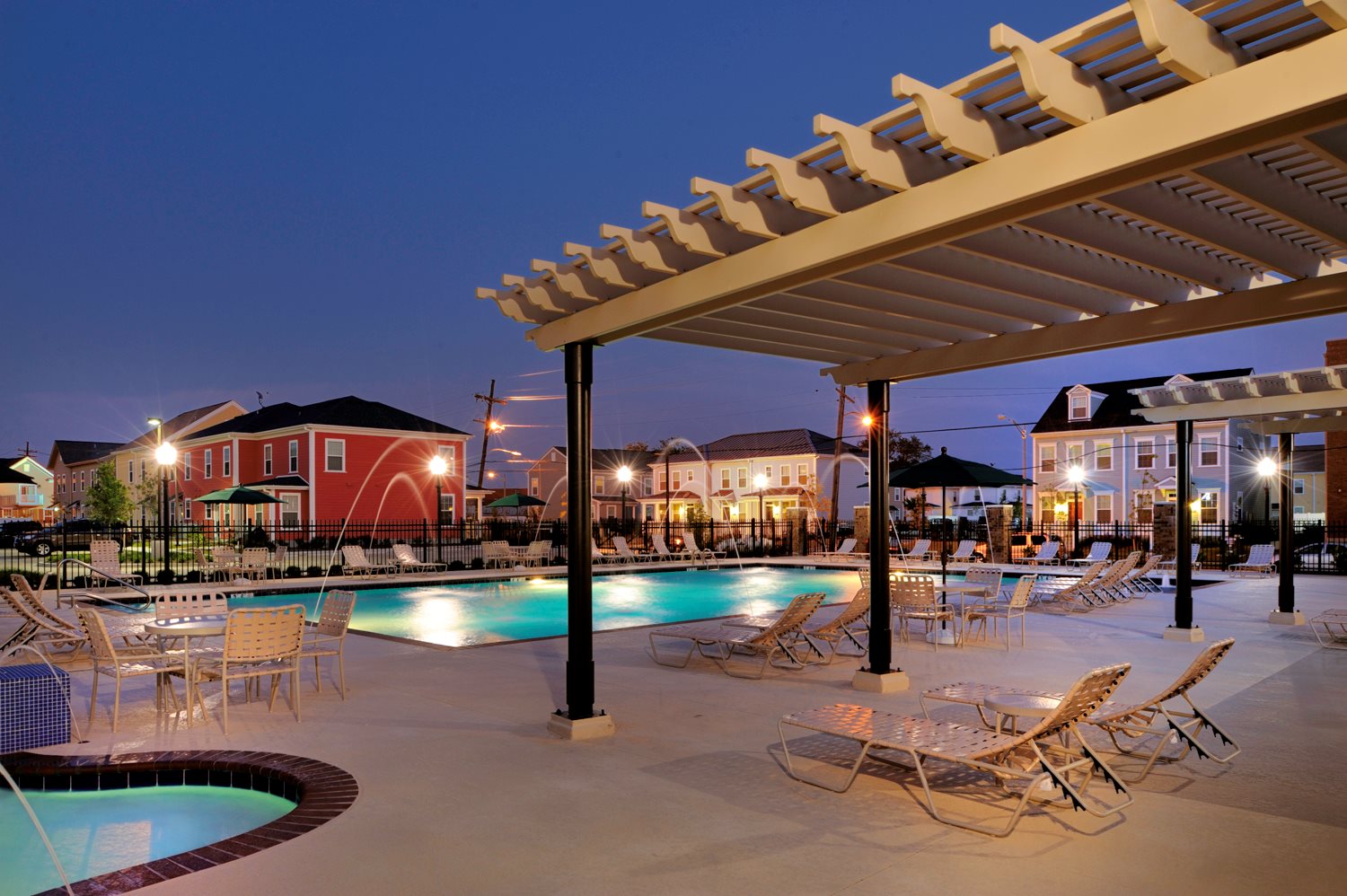 Unnatural Disaster: Infrastructure in Puerto Rico Before, During, and After Hurricane Maria
It's Simple: Histories of Architecture and/for the Environment
Climate, Infrastructure, and Emergency Powers Workshop