There is no such thing as a “natural” disaster.1 A natural event, and earthquake, is only a disaster if it affects people, socially arranged. Vesuvius was only a disaster because Pompeii lay in its path; a tornado in an uninhabited desert is not a disaster.2 (Bishop Berkeley, are you listening?). Today, most disasters resulting from the forces of nature are avoidable; even building in earthquake-prone zones can be regulated, within the limits of advancing scientific knowledge. Today, disasters are caused by social-and economic arrangements, the forces of market capitalism – climate warming, filling in of wet lands for development, inadequate provisions for durable building, political terrorism, the unequal distribution of incomes leaving poor people, particularly in the global South, to settle on undesirable, therefore cheap or empty erosion-prone sites and only the better off to build on desirable but hurricane-susceptible land or sites in desirable but flood-prone zones.3

Recursive resilience. Not only the causes, but even more the responses, to disasters are dictated by the existing economic and political structures of the society. Obviously planning for resilience is accepting the inevitability of that to which resilience is the response, in this case including un-natural disasters. In the real world, the choice between dealing with the causes of a disaster, on the one hand, or on the other hand, accepting them but mitigating their consequences, is a matter of cost-benefit analysis, weighing the costs and benefits of the alternatives against each other. But costs and benefits are not distributed randomly. Some consequences may even be desirable, and fit in with the on-going restructuring of urban space that is a feature of mainstream economic development policy in most cities today.

Two examples: In New Orleans after Katrina, resilience planning served to accentuate processes already under way, desired by the power structure, and facilitated by the hurricane damage. 4,5000 units of public housing, long neglected both by the City and HUD, although badly damaged by Katrina, have been totally demolished by the city with HUD approval, although many participants considered them quite salvageable. But, as Louisiana’s Republican Congressman Richard Baker said a week after Katrina:4

"We finally cleaned up public housing. We couldn’t do it, but God did."5

In the waterfront areas of New York and New Jersey hit by Sandy:

Homeowners and landlords are eligible [for loans and grants] if their primary residence was damaged, using a contractor chosen by the city or picking their own contractor within government-set cost limits.

Homeowners also have the option of selling flood-prone properties to the city and relocating elsewhere.

“It is true in some cases, based on the level of damage and other factors, owners may want to voluntarily sell their homes and relocate,” Bloomberg said. “The city will work with the communities and developers to strategically redevelop those properties in a smarter and more resilient way.”6

The new result may well be that in desirable beachfront locations, lower-income households, many of whom moved there and built there when the area was remote and undeveloped, will take the money and move, wealthier ones, arriving later and benefiting from extensive development and public infrastructure provision, will take the loans and grants and rebuild. Net result: The public amenity that is the beach will become what the market would have it, a semi-exclusive preserve of the well-to-do, with even more beach available for their own use. And the future of damaged public housing is still very much in abeyance.

Unjust Compensation. The bias in the distribution of the costs and the benefits of the public governmental response to disasters might be most egregiously seen in the handling of compensation to the victims of disasters. Again, an example: After 9/11, the families of those who lost their lives in the attack on the World Trade Center were provided compensation by special congressional legislation, administered through a Special Victims’ compensation Fund administered by clear standards rigorously applied. The measure was the loss of income from the victim that the victims’ families would have received had he (less often she) survived.

The formulas were spelled out and based on the loss of earnings that would have been received had the victim lived, so that the higher the income, the higher the award, with a cap on that calculation if the earnings were above the 98th percentile of earners, or $231,000.7 In addition, “each claim received a uniform non-economic award [that is, independent of earnings or need] of $250,000 for the death of the victim and an additional non-economic award of $100,000 for the spouse and each dependent of the victim.”

By comparison, no such fund was established for the victims of Katrina, and the maximum required payment to the families of the victims was the coverage of funeral expenses!8

Think of how FEMA funds would have been distributed between New Orleans’ District 9 and New York’s financial district if the criteria were human need, rather than financial loss.

Visionless Planning. Good planning is supposed to start with a clear statement of the goals of the plan. Here, the challenge would be beginning with what measures might be taken to address the destructive forces creating the problem, and then develop an idea of how areas likely to be subject to those natural forces should be handled,. For the former, dealing with climate change would be an obvious priority. It is remarkable how little the big question of the causes of climate change have been linked to disaster planning. Obviously climate change is a long-range issue, and its causes will not be in hand in time to affect more immediately feared disasters; yet one would think it would produce a major upsurge in attention to what could be done, legislation would be debated in Congress, regulations proposed at all levels of government, funding for research hugely provided, to prevent the connected un-natural disasters from occurring and to deal with the complex legal problems requiring legislative solution involved in any serious planning efforts. This is not happening.

Relatively little long-range land use planning is going on at the local level. The issues are indeed complicated, with all kinds of difficult trade-offs needing to be evaluated, long, medium, and short range. But some principles of a vision might be useful to structure a vision:

The amenity value of many fragile locations is high, e.g. beaches, river banks, marshes, etc. Such natural amenities should be available to everyone, and direct public ownership might be the default arrangement.

Participatory Planning: Solutions will be complex, and much work needs to be done to arrive at the best combinations, which will vary widely from place to place and time to time. Structuring real participation is also complex, because there are multiple levels at which it is needed. First and foremost, of course, is participation by the immediate community affected. But that’s not enough; decisions and resources from higher levels are inevitably involved, and planning at those levels, and importantly even at the Federal level, is necessary. At the initial level, planning needs to respect the needs of those most directly affected, let them be involved in the rebuilding or removal decisions, and if removal, how and where, with community networks respected. At the city level, major resource allocation decisions are involved; likewise at the national. Regional plans are almost inevitably important. No technocratic report can take the place of participation a these levels, although the technical information needs to be readily accessible at each.

To say, as Mayor Bloomberg has:

“As New Yorkers, we cannot and will not abandon our waterfront. It’s one of our greatest assets. We must protect it, not retreat from it,” doesn’t cut it. “our waterfront???”  No. “Whose waterfront?" must be a central part of any analysis, and “whose costs” and “whose benefits” a central part of any solutions. In the New York City case, there is a well-developed Uniform Land Use Procedure in place, and the city has an experienced city planning department and competent staff. But the Bloomberg Special Initiative for Rebuilding and Resiliency was kept in the Mayor’s own office, and its report12 does not even list the City Planning Commission or the Planning Department among the agencies they involved—not to speak of ignoring the ULURP process entirely.

Conclusion: Treating all disasters as alike, and un-natural ones as natural; limiting planning to increasing resilience; allocating resources, whether compensatory or developmental, without regard to participatory procedures or social justice; and doing all this without a constructive vision for the ultimate results desired – these are the wrong ways to go. 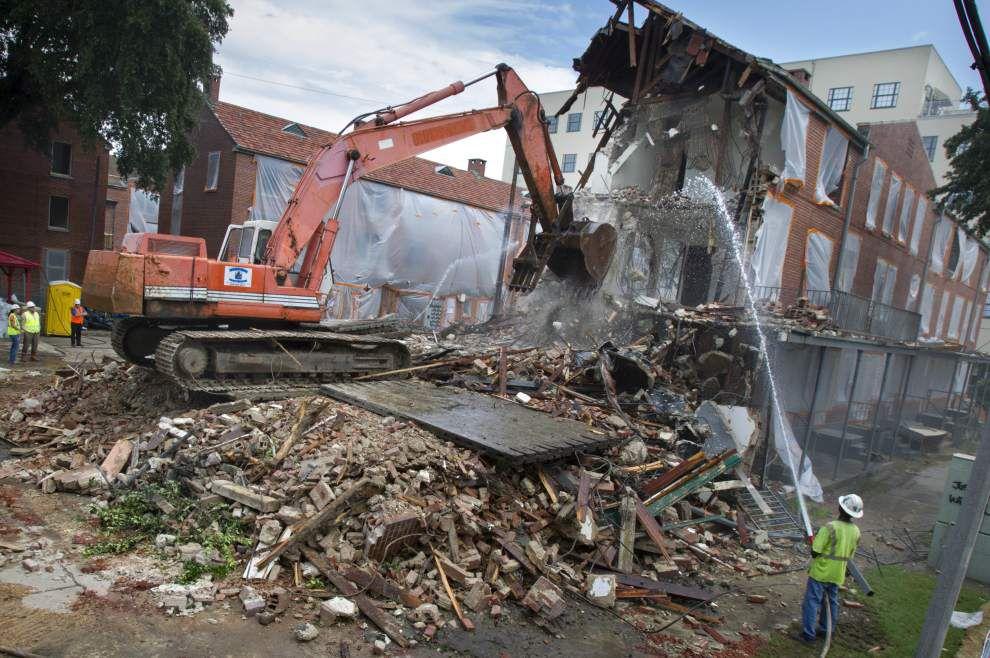 June 15, 2013 in Critical planning and other thoughts

Unnatural Disaster: Infrastructure in Puerto Rico Before, During, and After Hurricane Maria