"Designing a Green New Deal" brought together a broad array of voices, placing economists, historians, and designers in conversation with journalists, organizers, elected officials, and other parties engaged in organizing for climate action. This event served as the launch of a broader Green New Deal and the built environment research initiative at the University of Pennsylvania's McHarg Center.

This event was held when the country was entering a period of once-unfathomable hope on climate change. Grassroots movements and their allies in Congress, led by the insurgent millennial Alexandria Ocasio-Cortez, were staking out an ambitious agenda that matched the scale and urgency of the climate crisis. These new leaders were articulating their vision in terms of a Green New Deal—a still-abstract set of proposals for decarbonizing the economy, eliminating poverty, creating green, working-class jobs, and retrofitting communities for the coming effects of climate change.   Decarbonizing the U.S. economy would be a massive boost to the fundamentally international project of preventing runaway climate change. Domestically, a Green New Deal would constitute a generational investment in planning and design, reshaping the social and physical landscape of the U.S. in ways matched only by the Industrial Revolution, New Deal, and postwar suburban boom. But the debates around fleshing out the Green New Deal vision have been relatively silent on its enormous implications for the built environment. And there is too little dialogue between Green New Deal proponents and the planning and design professions.

Here we sit, in the throes of a new generation’s ecological crisis, buoyed by an ascendant and broad-based progressive movement, as the most ambitious and interesting environmental and design proposal of the last half-century, a Green New Deal, gains momentum. The entirety of the built environment is at stake. And the design professions—for all of their self-important rhetoric about leading on climate—are missing in action.

A national-scale landscape transformation is coming. We'll all have to decide how best to manage and guide that process. Designers must choose if they want to be an active part of the coalition driving this change in the built environment. If they do, they will have to change the way they operate, becoming public servants as they were during the New Deal. They would also gain the chance to bring extraordinary skills to bear on literally rebuilding the country. Creating landscapes of genuine economic and racial equality will require both mass mobilization and the best possible technical expertise. 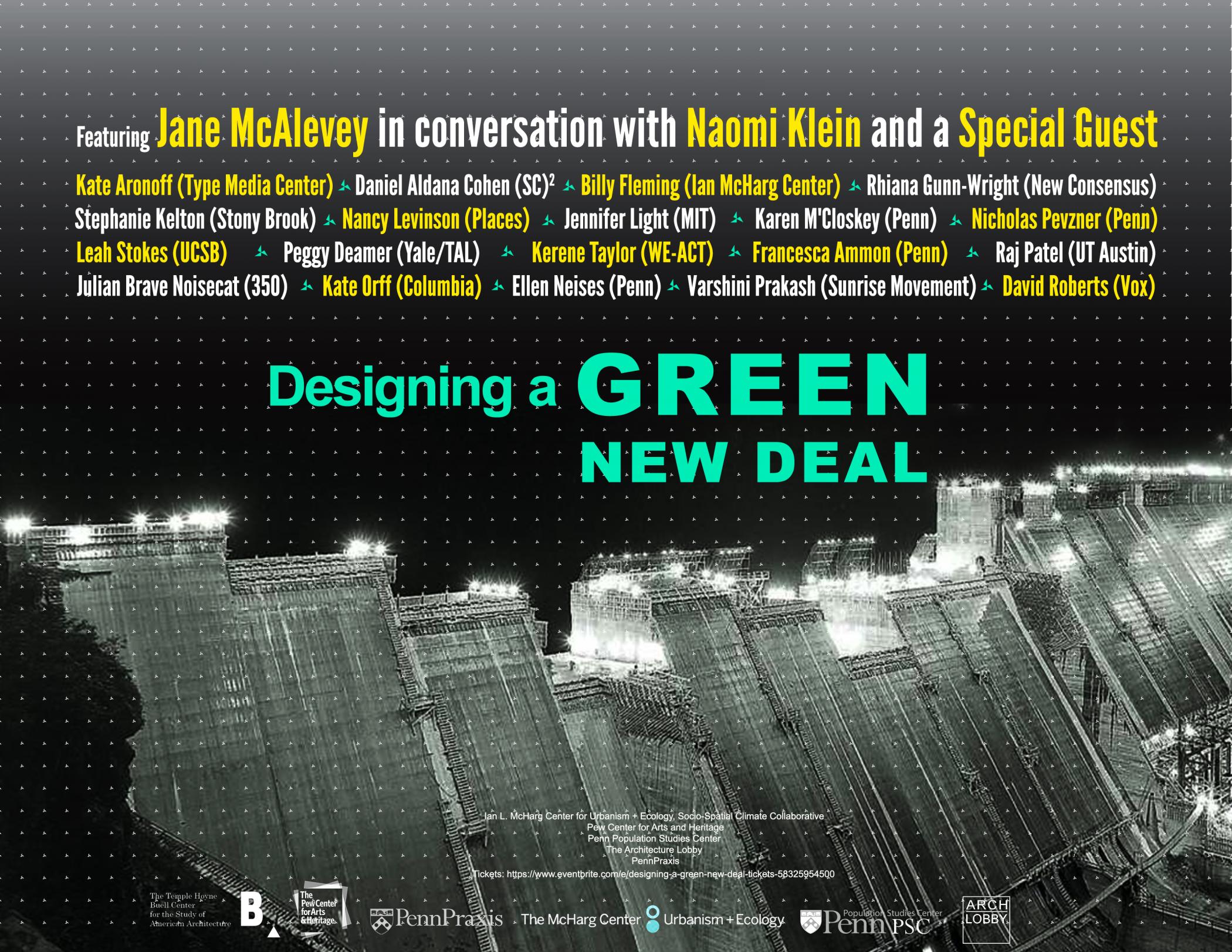