On November 17, 2019, a wide array of advocates, organizers, and elected officials gathered at the Queens Museum for “The Green New Deal: A Public Assembly” to explore the Green New Deal’s (GND) relationship to society, policy, and the built environment.

The discussions were structured around three topics and their relationship to power: energy, transportation, and government. For each topic, a large panel with relevant maps, graphics, and other information was used as a tool to begin thinking systemically and across scales. These panels stayed on view through mid-January 2020 in the museum’s Werwaiss Gallery for visitors to engage with.

Climate change is a crisis of systemic and unevenly experienced injustices that asks hard questions of scholars, practitioners, and community members alike. The Green New Deal—most famously as drafted in US H. Res. 109 and S. Res. 59, but echoed by elected officials and activists around the world—addresses these questions head-on, linking equity, the environment, and the economy to the transformations necessitated by the climate crisis.

“The Green New Deal: A Public Assembly” focused on modeling democratic debates that seriously consider the ambitions and challenges of the GND by thinking systemically and across scales. The public event included morning workshops and an afternoon series of discussions to encourage exchange among invited guests representing a range of disciplines as well as the general public.

Located at the Queens Museum—home of the Panorama of the City of New York and in the heart of the nation’s most diverse borough—“The Green New Deal: A Public Assembly” took place within US Congressional District NY 14, jurisdiction of the GND Resolution’s sponsor Representative Alexandria Ocasio-Cortez. The event was organized by the Queens Museum, the American Institute of Architects New York (AIA New York), The Architecture Lobby, Francisco J. Casablanca (founder of the Instagram page "¿Quién Nos Representa?"), and Gabriel Hernández Solano (a Green New Deal Organizer), together with the Temple Hoyne Buell Center for the Study of American Architecture at Columbia University.

At the Buell Center, “The Green New Deal: A Public Assembly” formed part of the project “Power: Infrastructure in America,” within which the Center organized a series of research, curricular, and programming initiatives that consider the social, technical, and political contours of the ambitious—but still largely undefined—proposal. 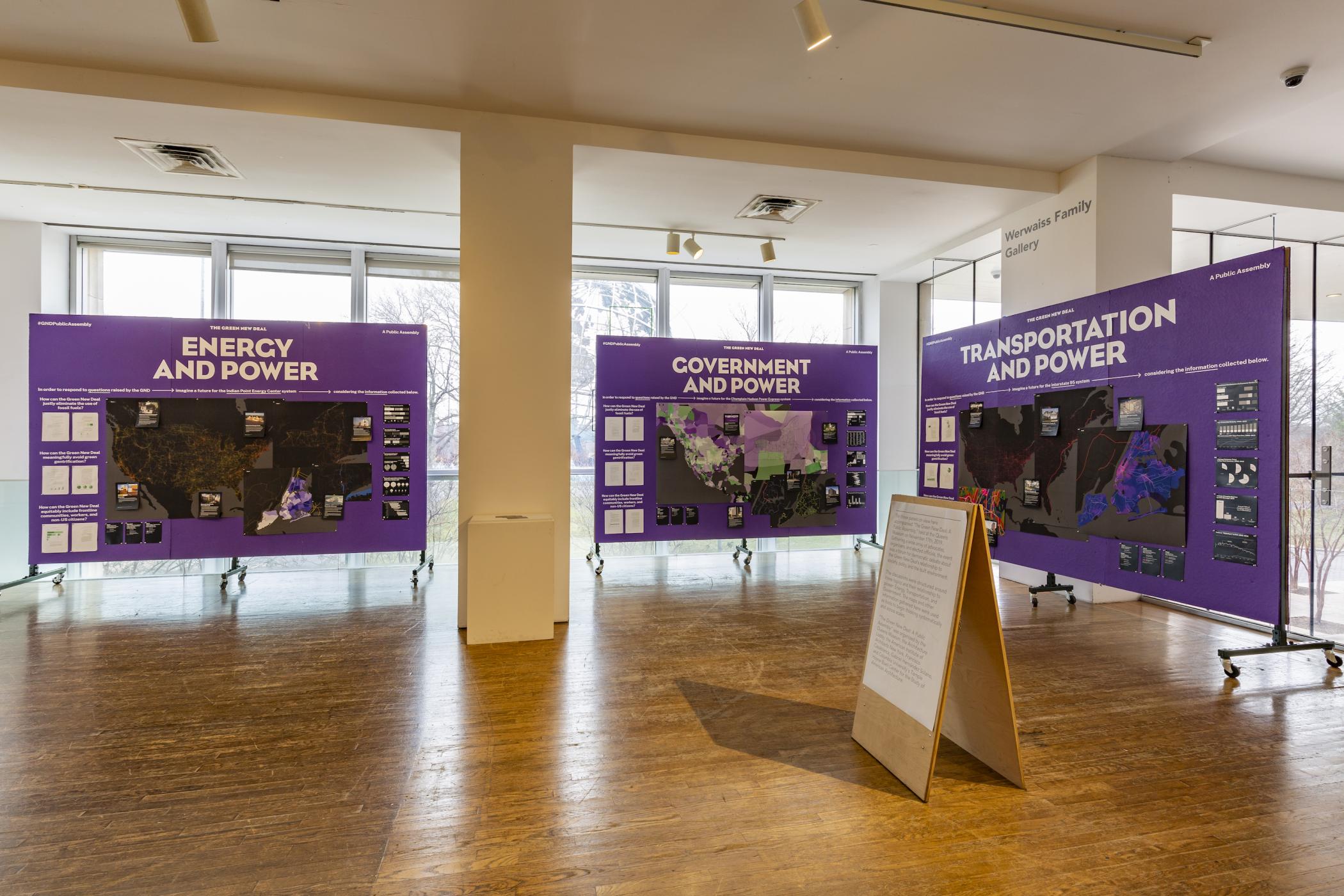 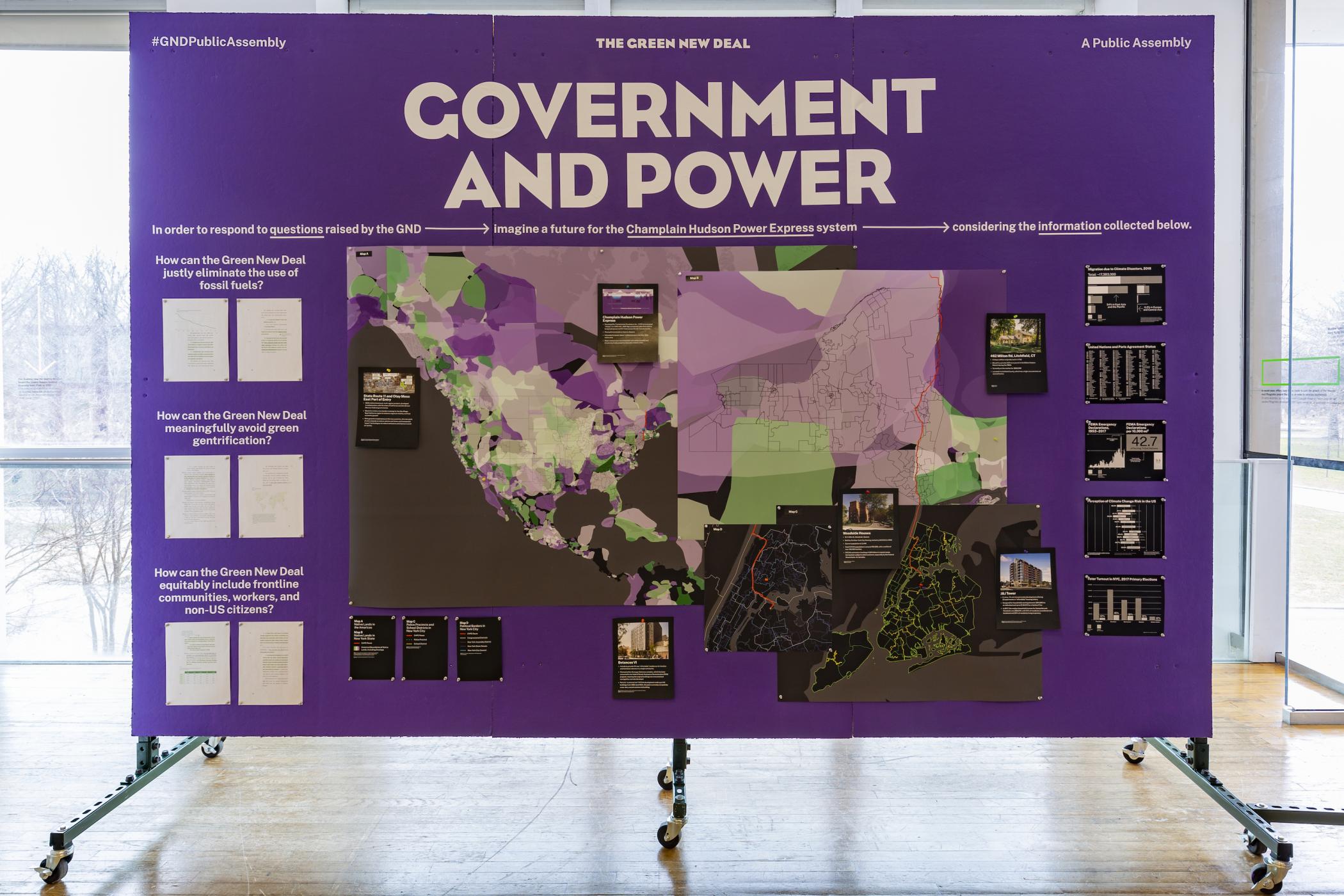 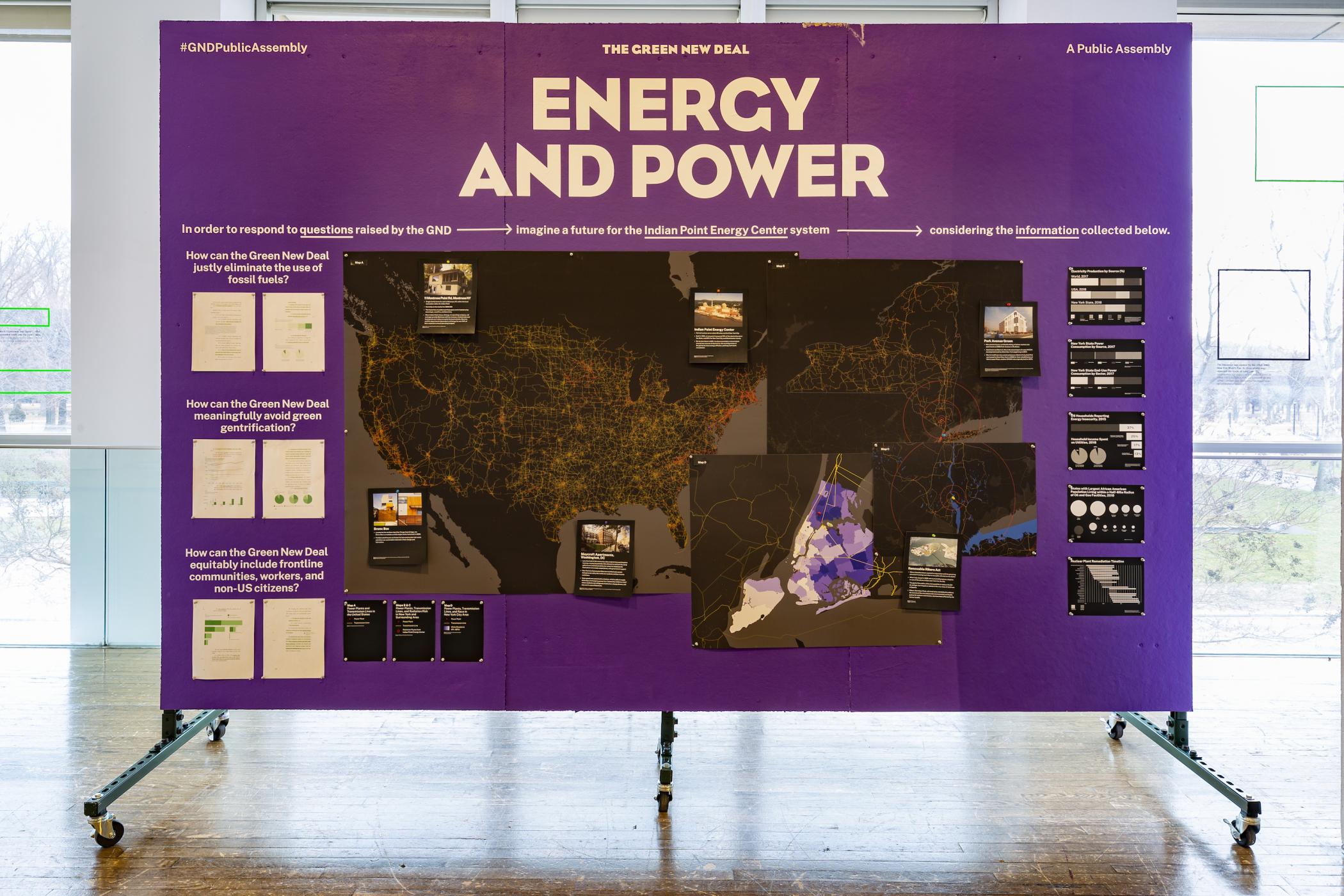 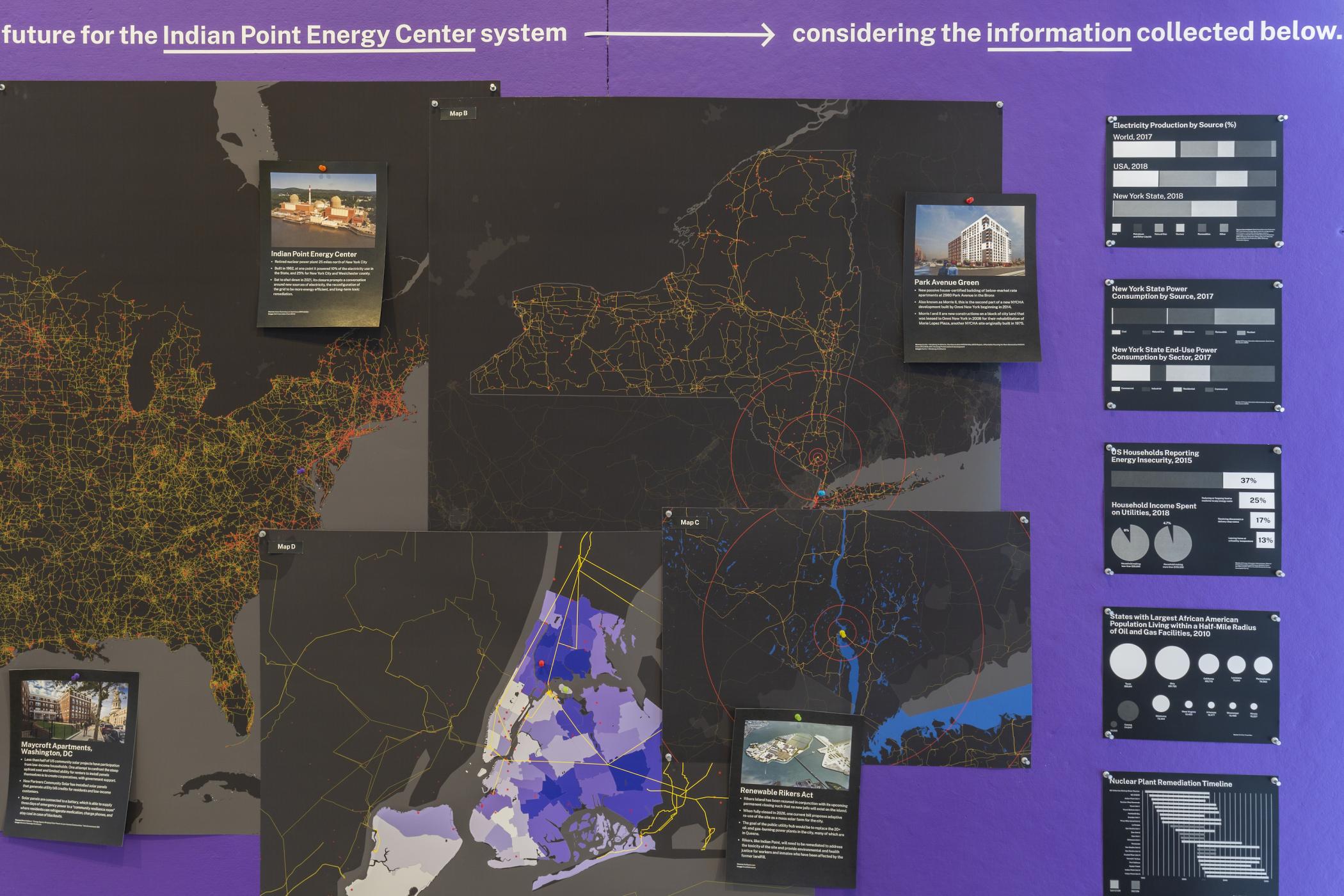 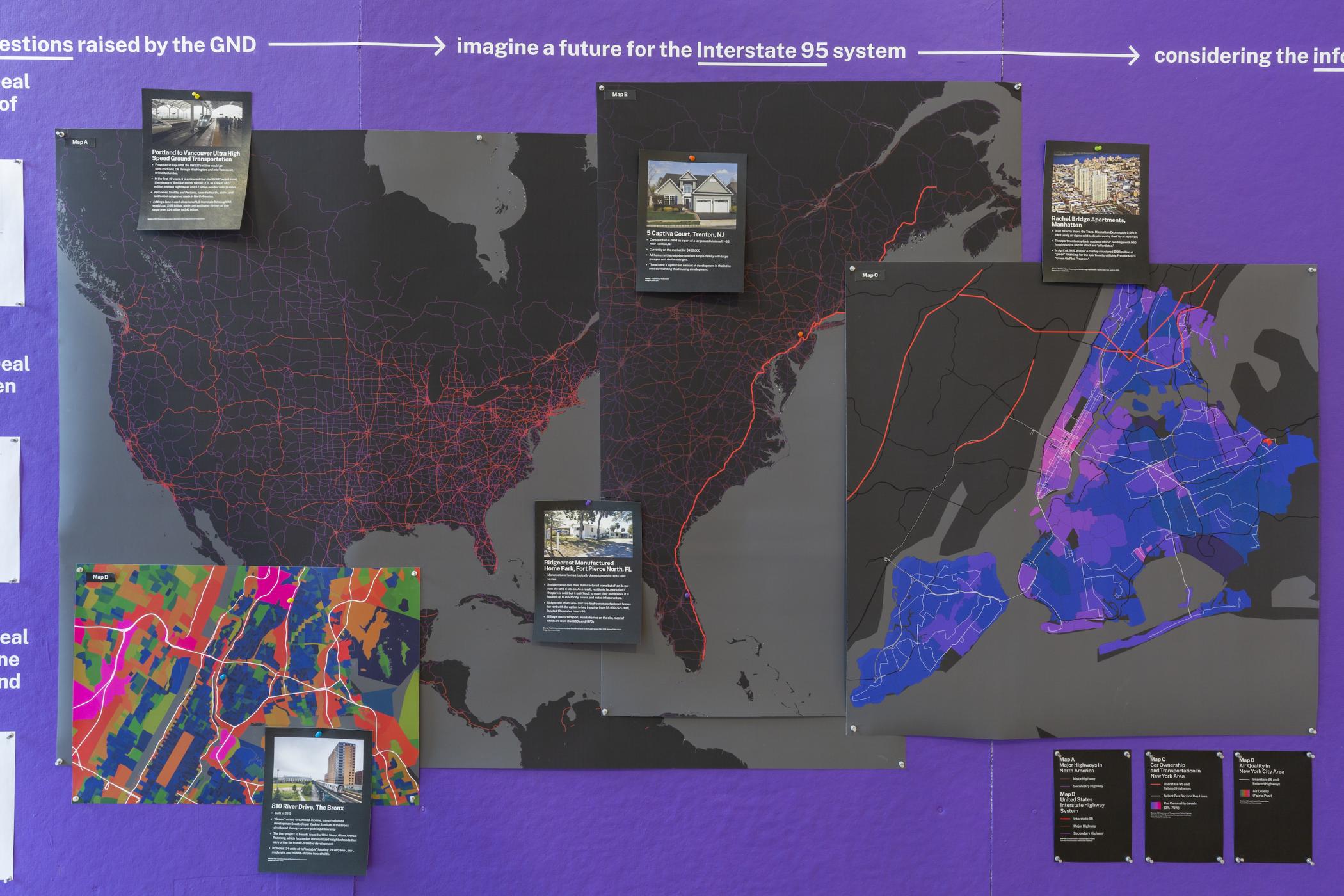 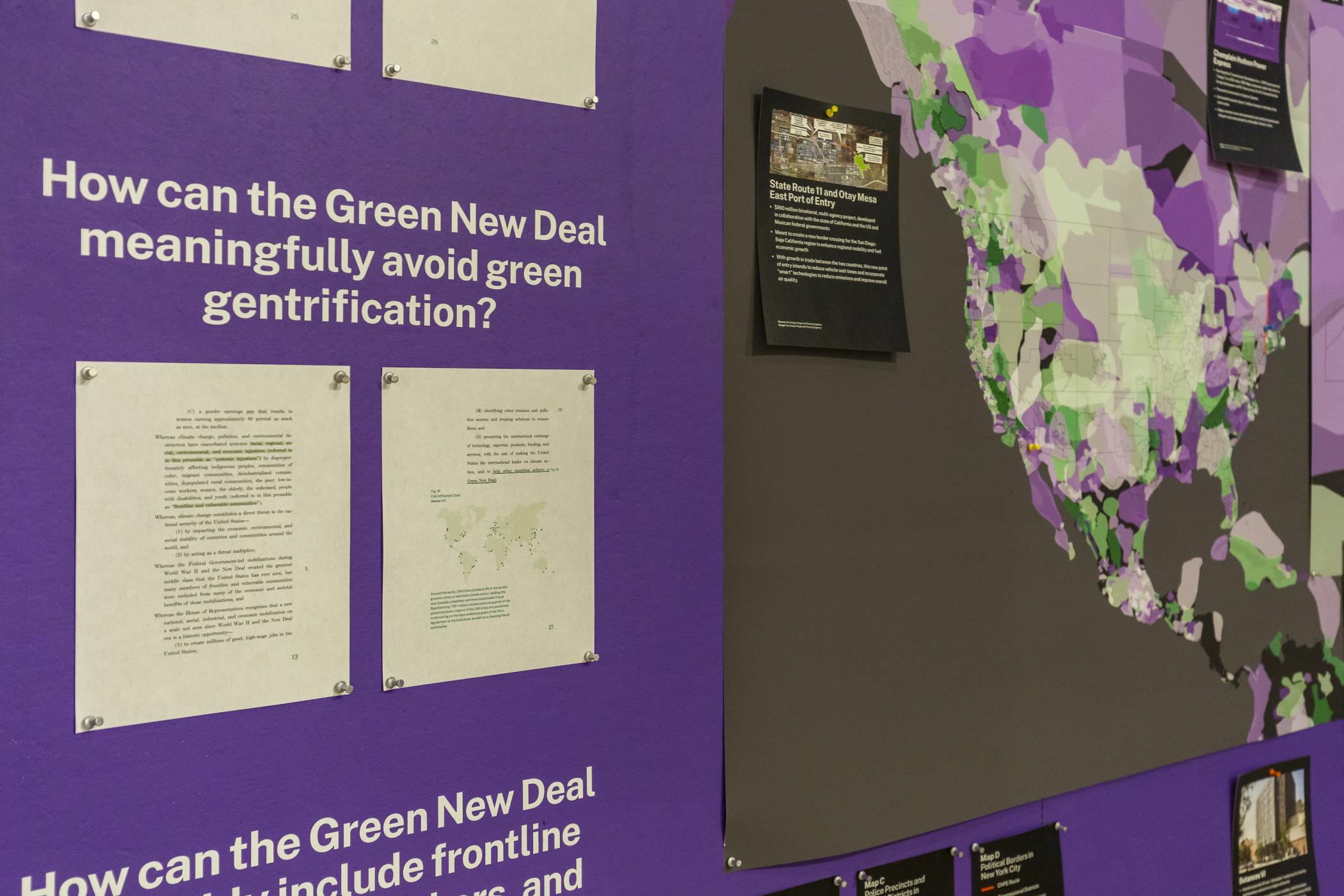