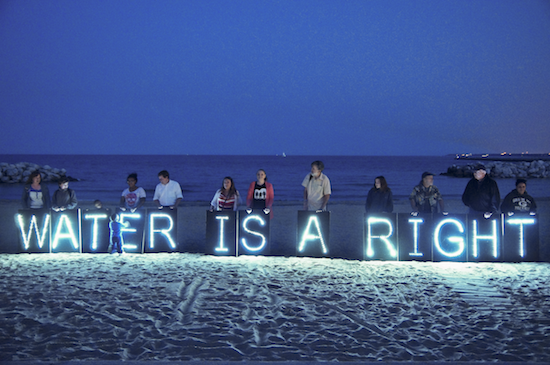 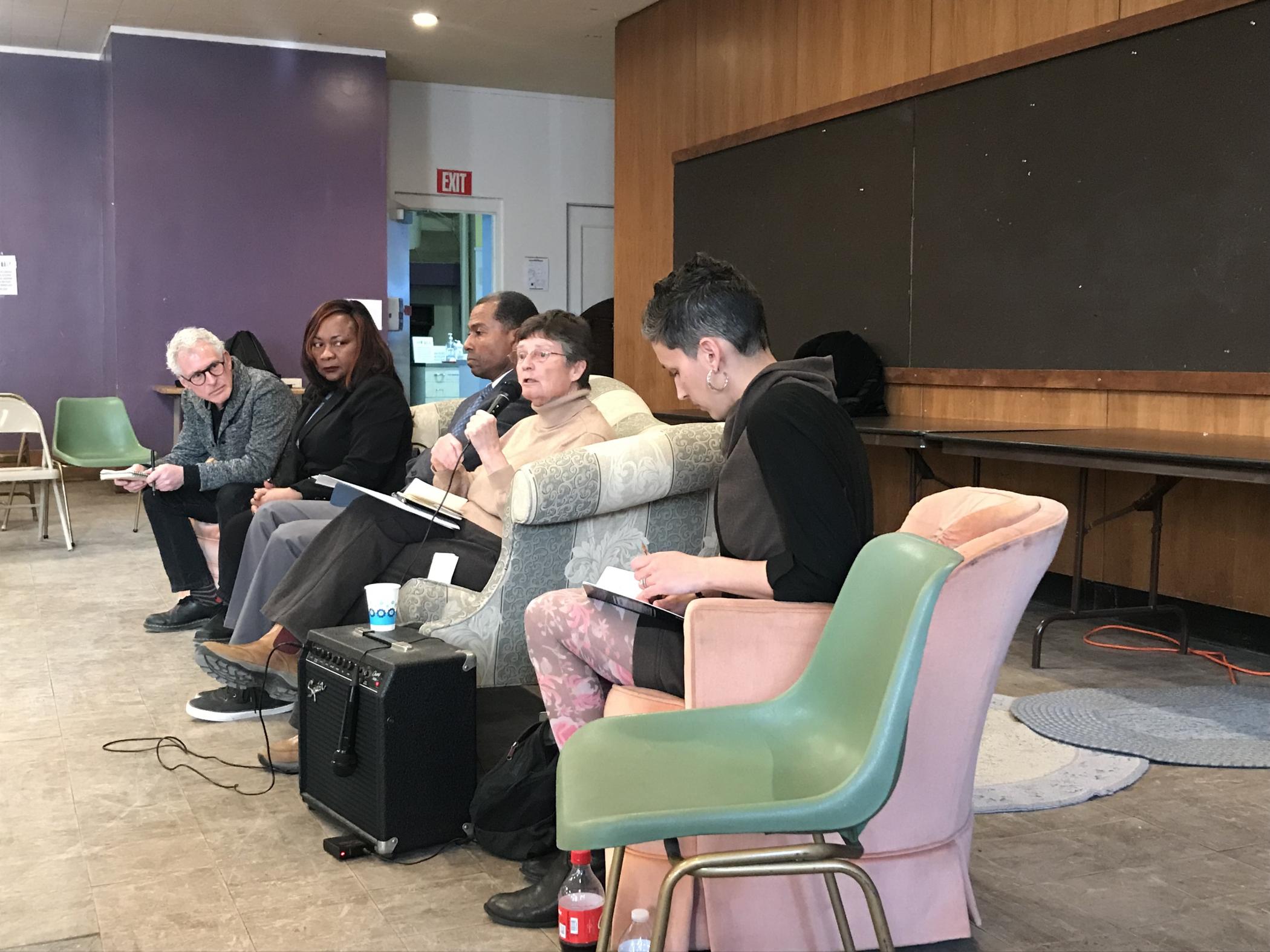 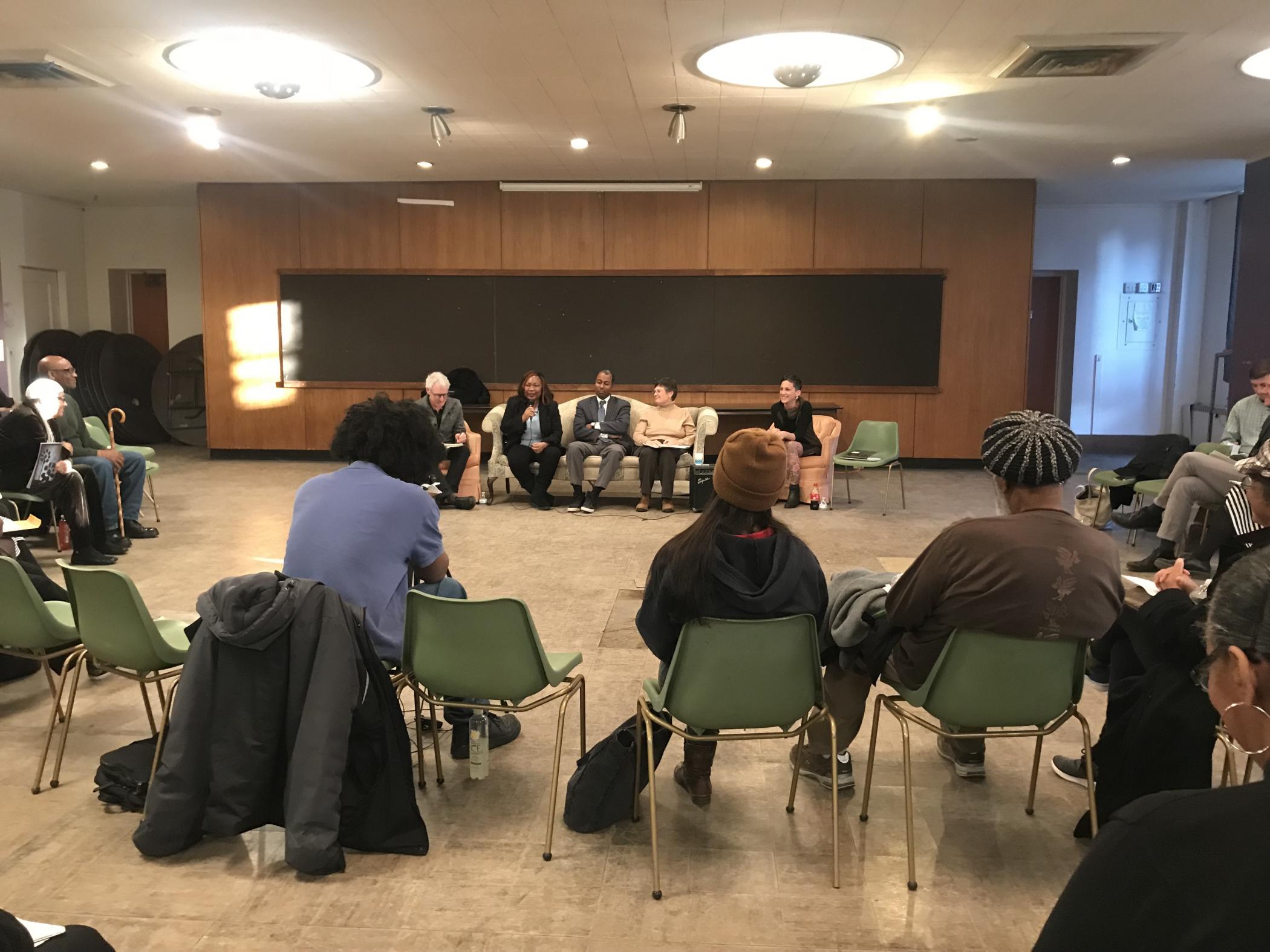 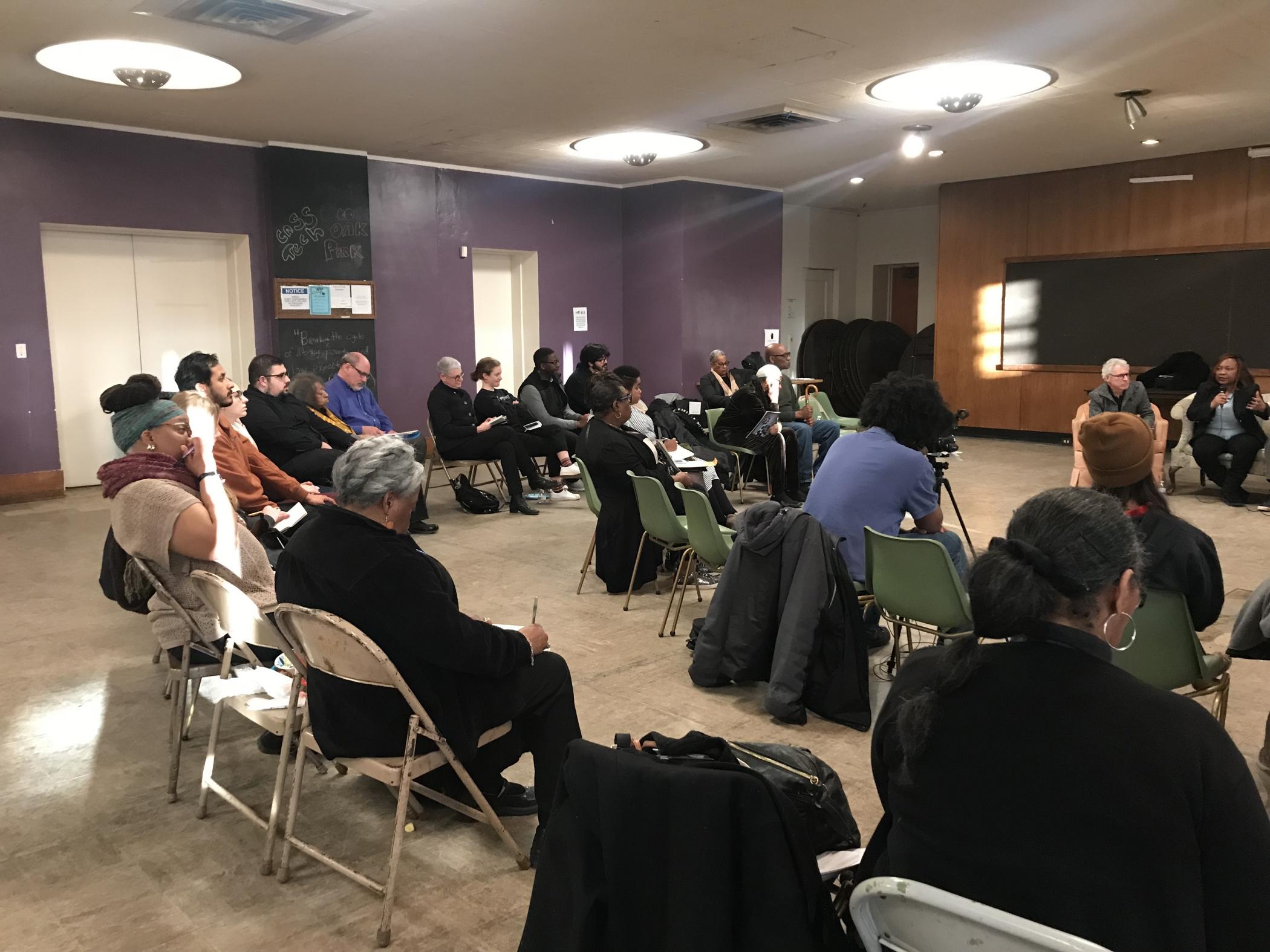 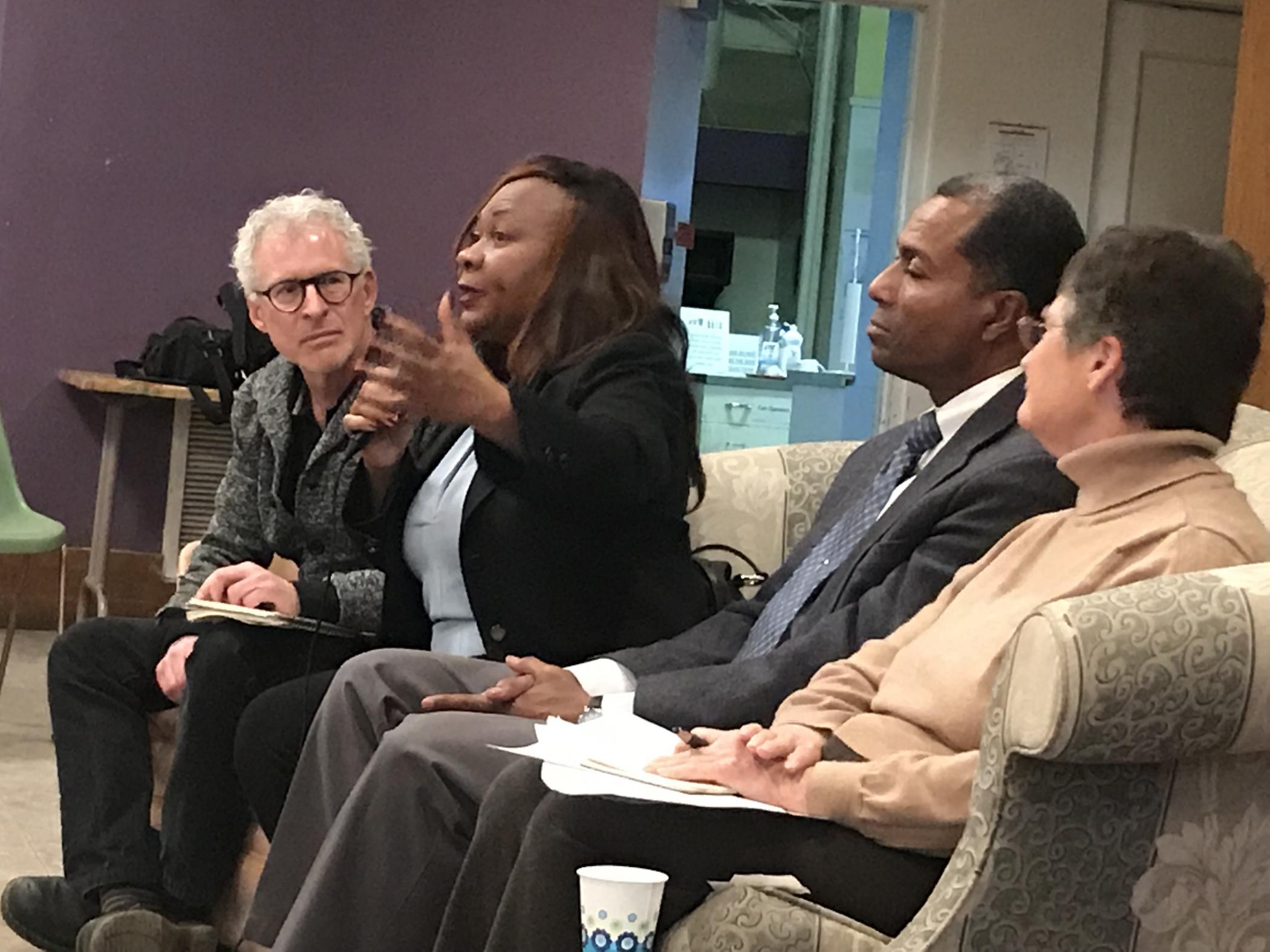 The Conflict Shoreline: Colonization as Climate Change in the Negev Desert

The Conflict Shoreline: Colonization as Climate Change in the Negev Desert

On Thursday, February 9th, the Buell Center hosted Eyal Weizman for a seminar on Weizman's and Forensic Architecture's work on environmental violence and climate change along the threshold of the Negev/Naqab desert. The work was first published in The Conflict Shoreline: Colonization and Climate Change in the Negev Desert (Steidl in association with Cabinet Books, 2015), authored by Weizman with photography by Fazal Sheikh.

Weizman discussed work undertaken since the 2015 publication, including the Truth Commission that Forensic Architecture helped conceive. The new work, featured in his book Forensic Architecture: Violence at the Threshold of Detectability (Zone, 2017), was presented for the first time in this seminar. 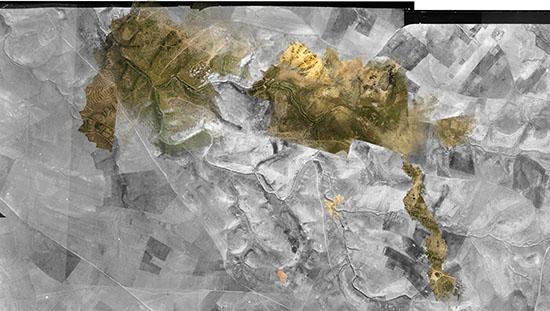 Power and the Space of the Planet

"Power and the Space of the Planet"

Spanning the planet, the dynamics of climate change bind together innumerable, often incompatible categories, things, and processes. Among these are energy infrastructures, politics, nature, biological and social life, and the built and unbuilt environment. The struggles and contradictions they entail, and the powers they sustain, impose limits on our capacity to grasp their connections and to conceive alternatives. This event, which brought together contributors from comparably disparate domains, explored some of those connections imaginatively and concretely, in the past, present, and possible future. It served to inaugurate the Temple Hoyne Buell Center for the Study of American Architecture's long-term research project, “Power: Infrastructure in America,” which extended the Center’s earlier work on housing, inequality, and real estate into another dimension of the planetary commons. Where the earlier research began with an analysis of land ownership and its relation to housing and the public sphere, “Power” began with the air circulating above that land, the energy coursing through it, and the earth below it, all in relation to the lives lived within it.

Phillip Wegner: "When It Changed: Bodies, Cities, and Worlds in Science Fiction, circa 1984"

Ed Eigen: “Power of the Pardon: Evel Knievel, Robert Smithson, and the Landscape of Reclamation, circa 1974”

Jeanne Haffner: "Dwelling on Power: From the Garden Cities to the Nuclear Age"

with response by Phillip Wegner and discussion moderated by Reinhold Martin 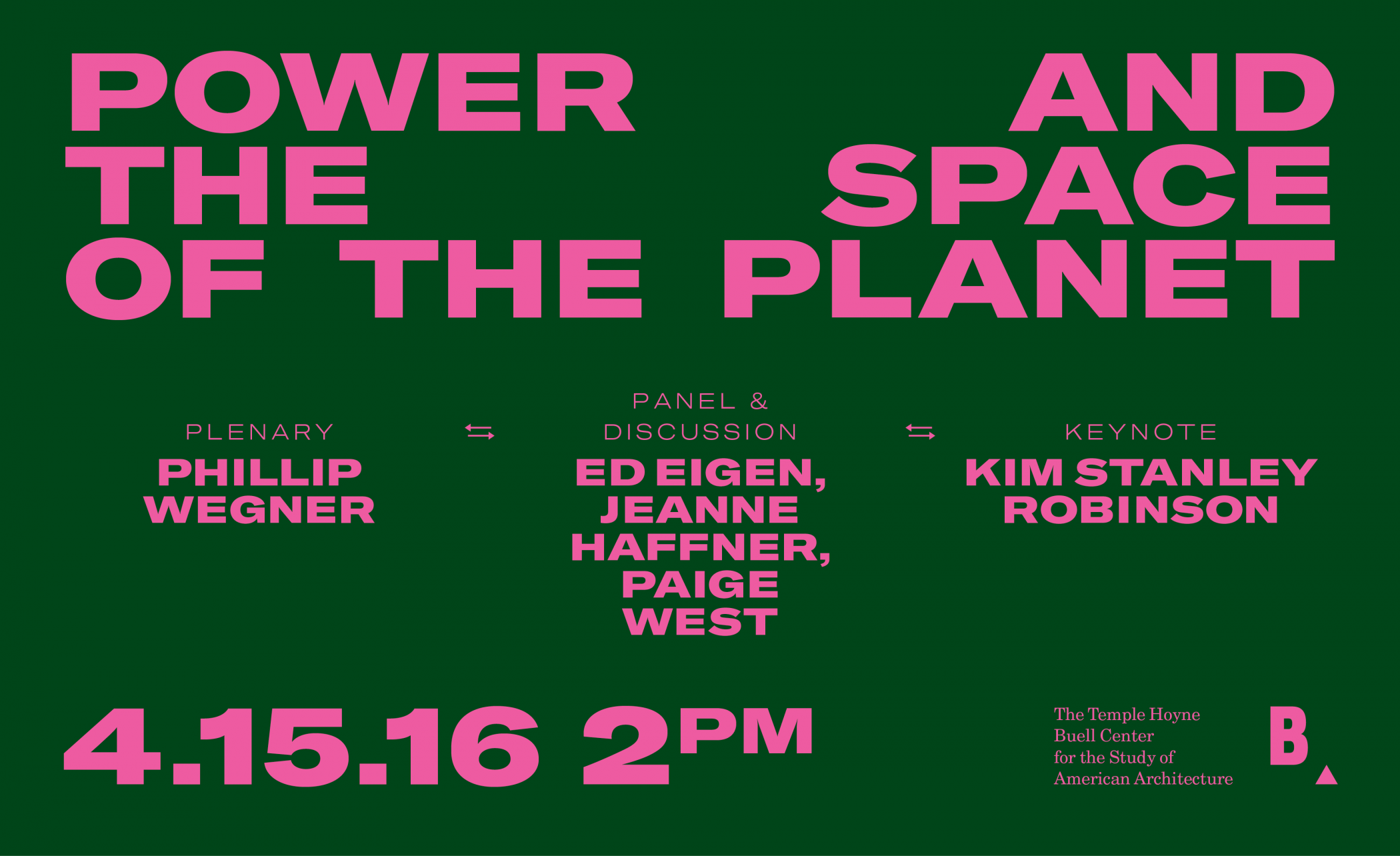 When climate change is the focus of both fiction and nonfiction, dystopia tends to rule. A notable exception is the prize-winning work of Kim Stanley Robinson, one of the planet’s most lauded living novelists of science fiction—and one who builds sweeping visions of profoundly altered, but functioning, civilizations on (and off) a deeply disrupted planet.

In a rare stop at Columbia, Robinson shifted his focus to the present to speak on shaping public imaginations toward an embrace of the Green New Deal. He then had a climate conversation with the audience, Kate Wagner (architecture critic at the New Republic and contributor to Curbed, The Atlantic, and other publications), and Dr. Maureen Raymo (a paleoceanographer at Columbia’s Earth Institute who studies the history of climate change and sea level rise). The discussion was moderated by Andrew Revkin, who’s been writing on global warming since the 1980s and is now directing a new Earth Institute initiative on communication and sustainability. 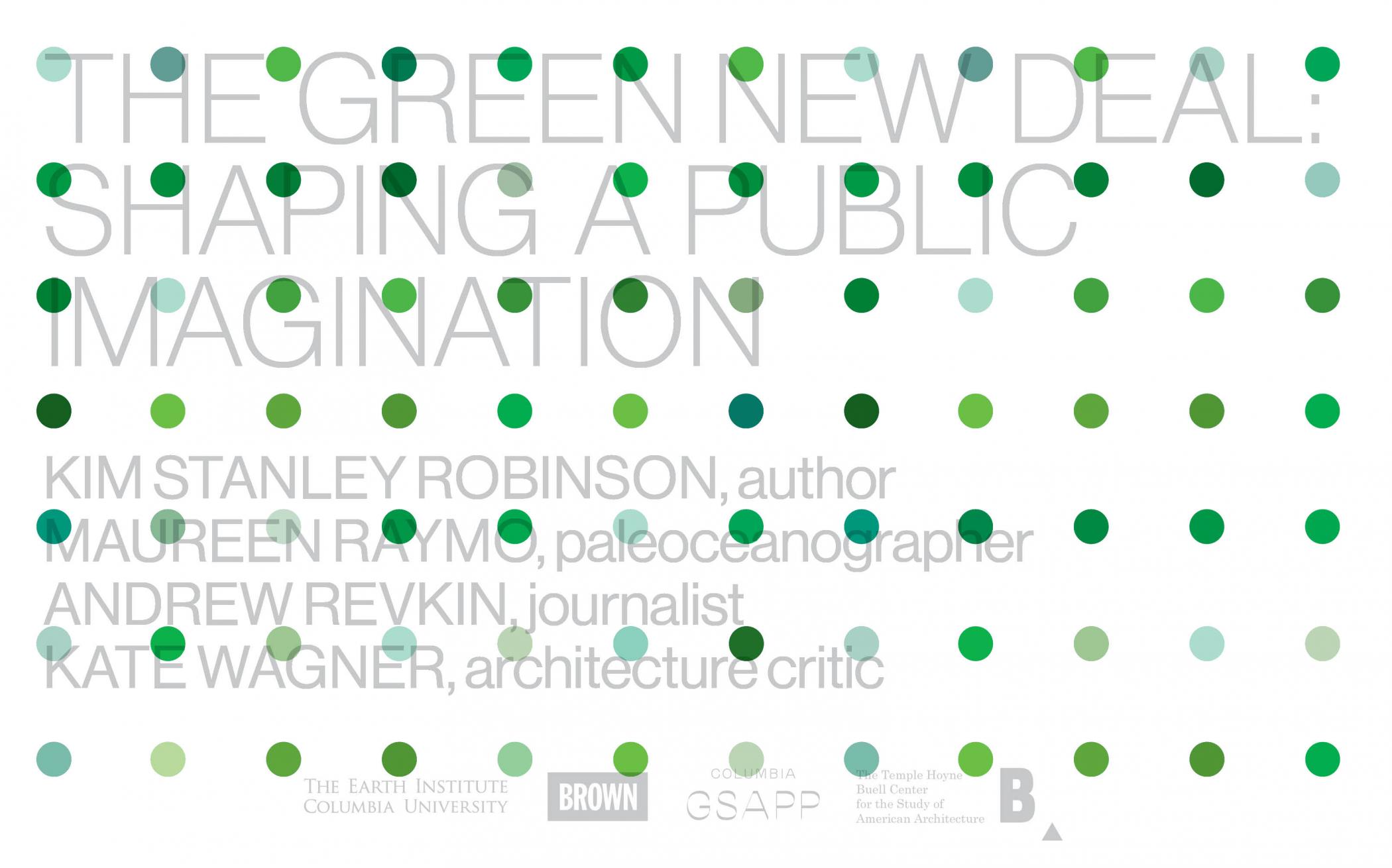 Overheated: How Capitalism Broke the Planet — and How We Fight Back 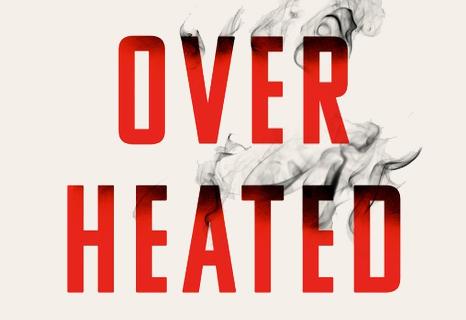 GSAPP, Columbia University
With a Green New Deal, Here's What the World Could Look Like for the Next Generation
Kate Aronoff
Alyssa Battistoni
Kian Goh
Patrick Houston
Register to attend via Zoom.
GSAPP Event Page
Discussion

Unnatural Disaster: Infrastructure in Puerto Rico Before, During, and After Hurricane Maria

In January of 2018, four months after Hurricane Maria devastated the island, Puerto Rico’s Governor Ricardo Rosselló announced a plan to privatize the US territory’s publicly owned power utility, the Puerto Rico Electric Power Authority (PREPA). This action—exposing infrastructure's place at the convergence of colonialism, finance, and 150-mile per hour winds—came as no surprise to those who had been paying attention. Nonetheless, its implications are sure to be felt well beyond the thousands of residents who remained without power months after Hurricane Maria made landfall.

Rosselló’s subsequent push to commence privatization of the island’s public school system emphatically echoed and underscored these facts. While many fields are involved in addressing the crisis on the island, GSAPP believed a more focused, historically informed conversation on the roles of architecture, planning, and preservation in both the production and management of these ever-more-frequent emergencies—especially as they pertain to infrastructure—was warranted.

This panel was co-organized by Columbia GSAPP's Urban Planning, Urban Design, and Historic Preservation Programs, the Center for Spatial Research, and the Temple Hoyne Buell Center for the Study of American Architecture, in conjunction with the Buell Center’s “Power: Infrastructure in America” research initiative, which considered infrastructural systems and processes as sites of sociotechnical and ecological governmentality at the intersection of neoliberalism and nationalism.

The event was free and open to the public. 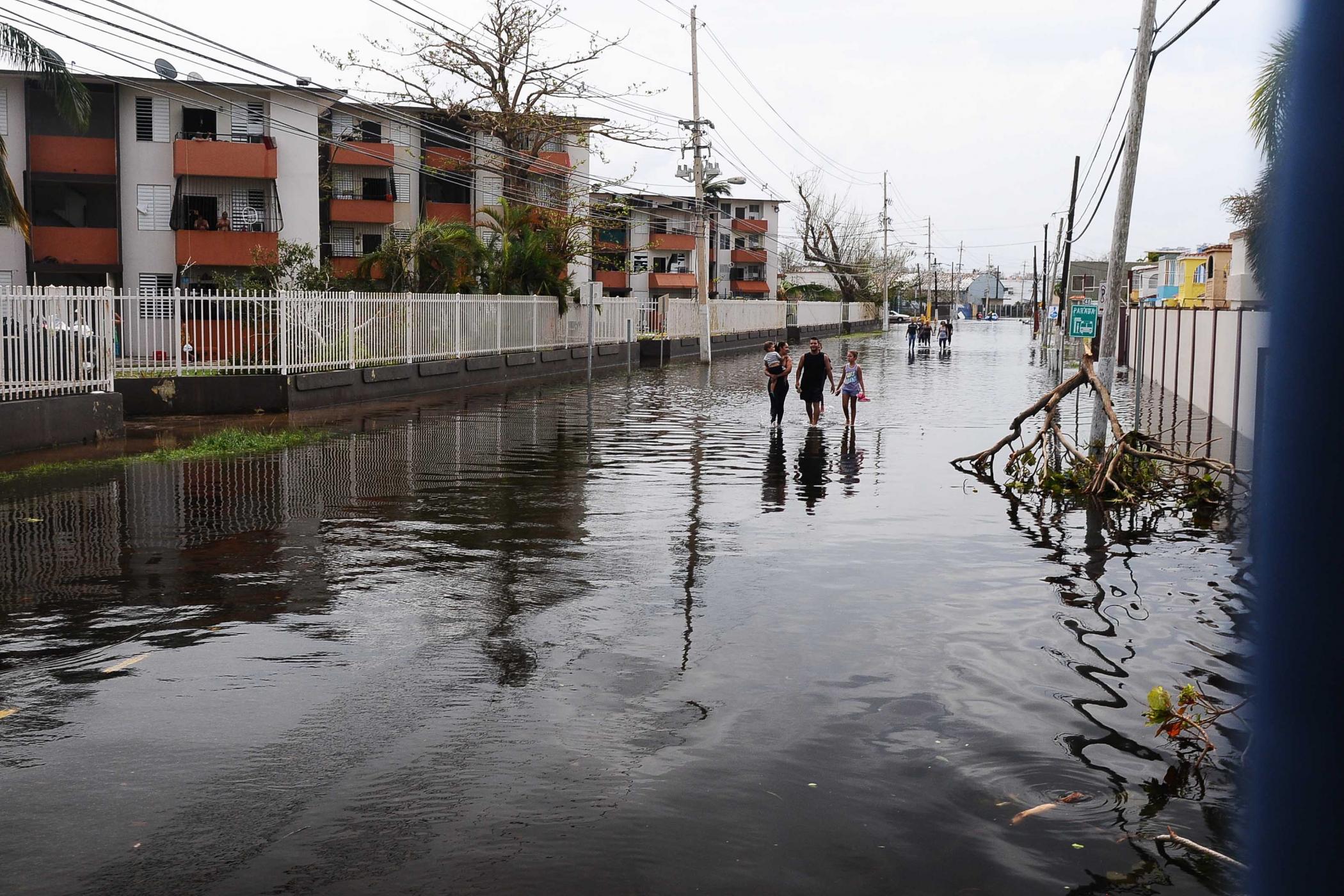 Air Drifts revisited trans-boundary air pollution to analyze how localized toxic particulates drift into new territories of global responsibility. Emissions from urban and industrial activities result in black carbon, sulfates, nitrogen dioxide, ozone, dust and other particulates. These aerosols migrate extreme distances, impacting cloud formation, weather and climate. The actions of minute pollutants at massive spatial and temporal scales are almost impossible to perceive. Air Drifts collaborated with NASA to explore their “GEOS-5 Nature Run” high-resolution supercomputer model that “mirrors” the earth systems and simulates pollutant flows. This model accumulates five million data points every six hours combining ground observations and satellite monitoring to reconstruct the earth’s atmosphere at a given time. The model is used to tracks pollutants as they enter different national spaces, regimes and regulatory systems, and to visualize the air space with spectacular animations using spectral data and seamless globes. Through interviews with scientists, Air Drifts asked about the monitoring, modeling and representation of pollutants. Reinterpreting provocative scientific and visual materials, the project explored national air space, global commons, international diplomacy and the state of the atmosphere and its futures. 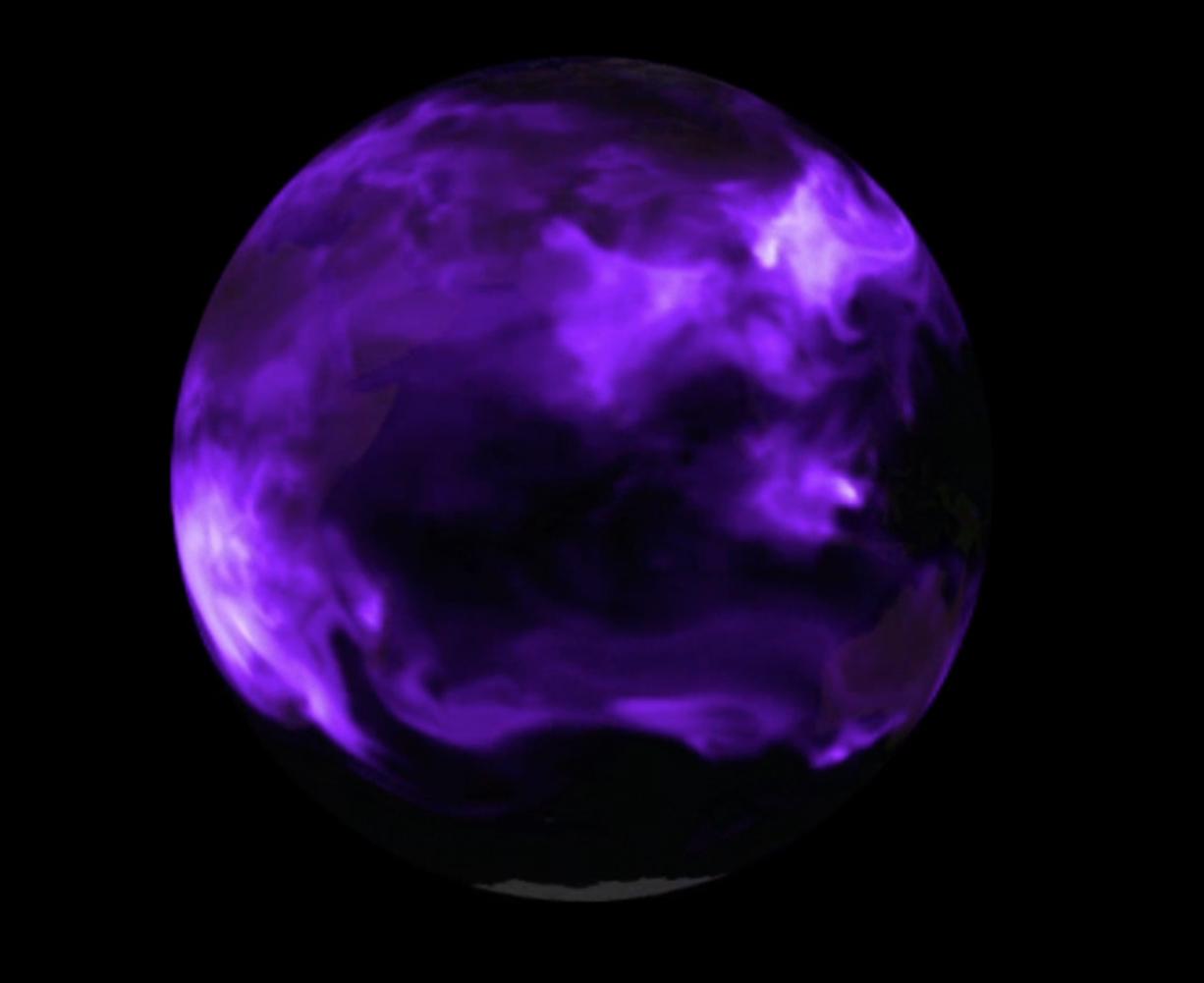 This conversation with El Hadi Jazairy and Rania Ghosn, the founders of the research practice Design Earth, was organized by Tei Carpenter and David Benjamin as a part of Columbia GSAPP’s Advanced Studio IV in conjunction with the Temple Hoyne Buell Center for the Study of American Architecture’s “Power: Infrastructure in America” research initiative, with Kadambari Baxi and Karen Fairbanks for Barnard’s “Environmental Visualizations of NYC” seminar and David Eugin Moon for GSAPP’s “Speculative City” seminar.

Design Earth is a collaborative research practice that focuses on work engaging the geographic to open up a range of aesthetic and political concerns for architecture and urbanism. Literally, "earth-writing" from the Greek geo (earth) and graphia (writing), the practice of making geographies involves the coupled undertakings of “writing about,” projecting or representing the earth and also “writing on,” marking, forming or presenting again a world. 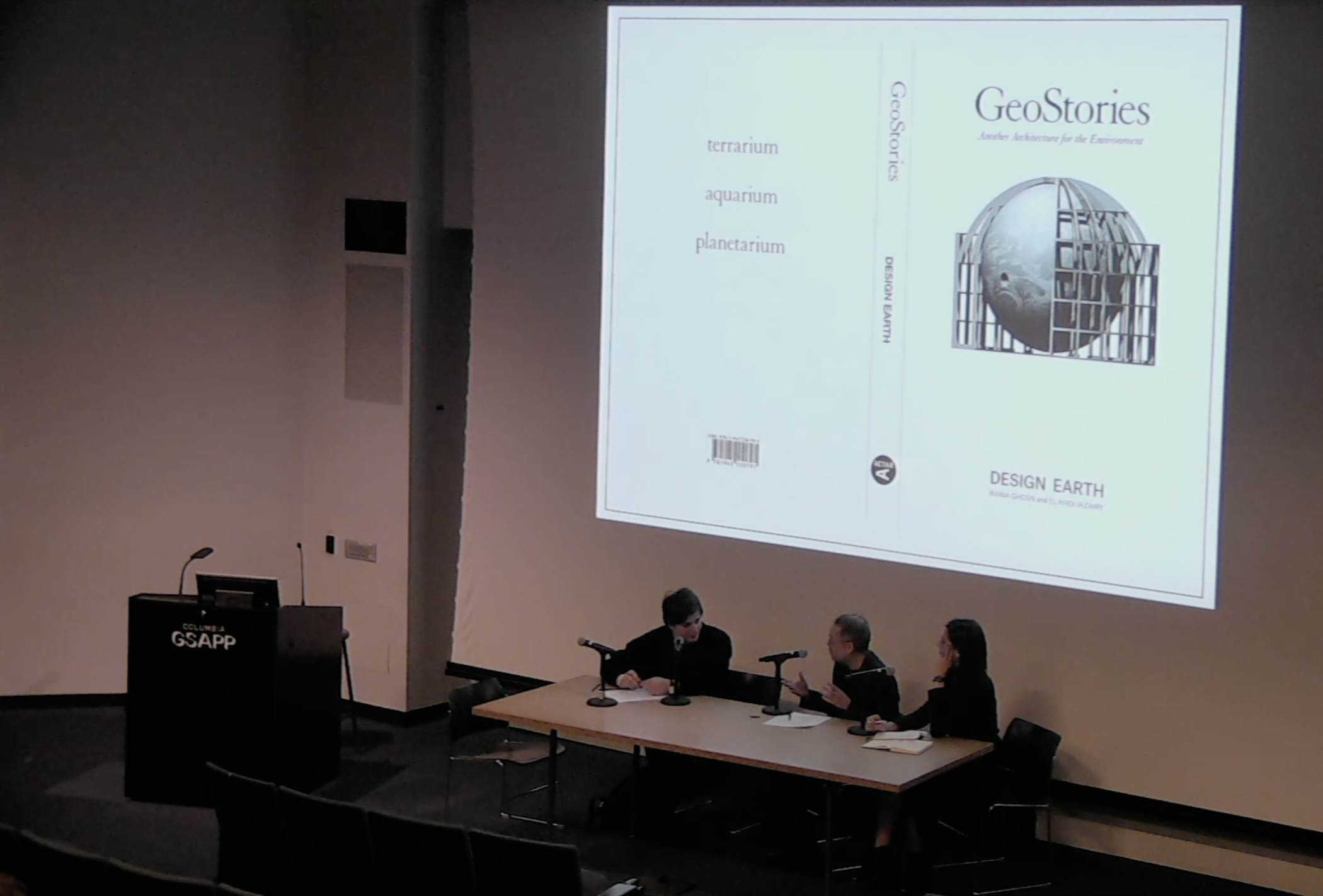 In this webinar, Danielle Purifoy and Louise Seamster presented their conceptual framework for understanding Black towns within extractive white space, highlighting questions of citizenship, extraction, and exclusion through their focus on how legal, spatial, racial, and economic systems structure Black spaces’ access to infrastructure and facilitate environmental violence.

After four years of tracking infrastructure access and local development challenges in Black-led communities and cities, Purifoy and Seamster found the framework of environmental racism provided inadequate explanation for the predictable cycles of dumping, stagnant development, and socio-ecological vulnerability experienced by Black places. More than the simple result of white NIMBYism and anti-Blackness, these cycles were instrumental to the development of white places. Creative extraction is a race-relational development framework that describes how white towns catalyze their own growth with resources from beyond their own borders, especially from Black places. Purifoy and Seamster explain creative extraction in two articles supported by the Buell Center’s "Power: Infrastructure in America" project: “What is Environmental Racism For?” in Environmental Sociology and “Creative Extraction: Black Towns in White Space” in Environmental Planning D: Society and Space. The articles focus on the case of Tamina, Texas, an unincorporated Black community dating back to 1836, to demonstrate how mundane local development practices such as municipal utility districts, planning jurisdictions, and sales tax structures are routinely used to leverage the value and resourcefulness of white places at the expense of Black places. In this conversation, Seamster and Purifoy discussed how their individual research on seemingly disparate Black places—rural Black-founded towns and urban majority-Black cities—led to a series of inquiries culminating in the concept of creative extraction.

Purifoy and Seamster's work combines an environmental focus with data and frameworks from urban studies, fiscal sociology, geography, and law to show how these harms are not the result of discrete “racist” acts, but are written into the law itself, and are central to the functioning of racial capitalism. The conversation was introduced by Reinhold Martin, Professor of Architecture and Director of the Temple Hoyne Buell Center for the Study of American Architecture at Columbia GSAPP and was moderated by Catherine Fennell, Associate Professor of Anthropology at Columbia University and Buell Center Advisory Board Member.

Free and open to the public. Virtual events hosted on Zoom Webinar do not require an account to attend, advanced registrations are encouraged.

GSAPP is committed to providing universal access to all of our virtual events. Please contact Lyla Catellier via email at [email protected] to request accommodations. Advance notice is necessary to arrange for some accessibility needs. 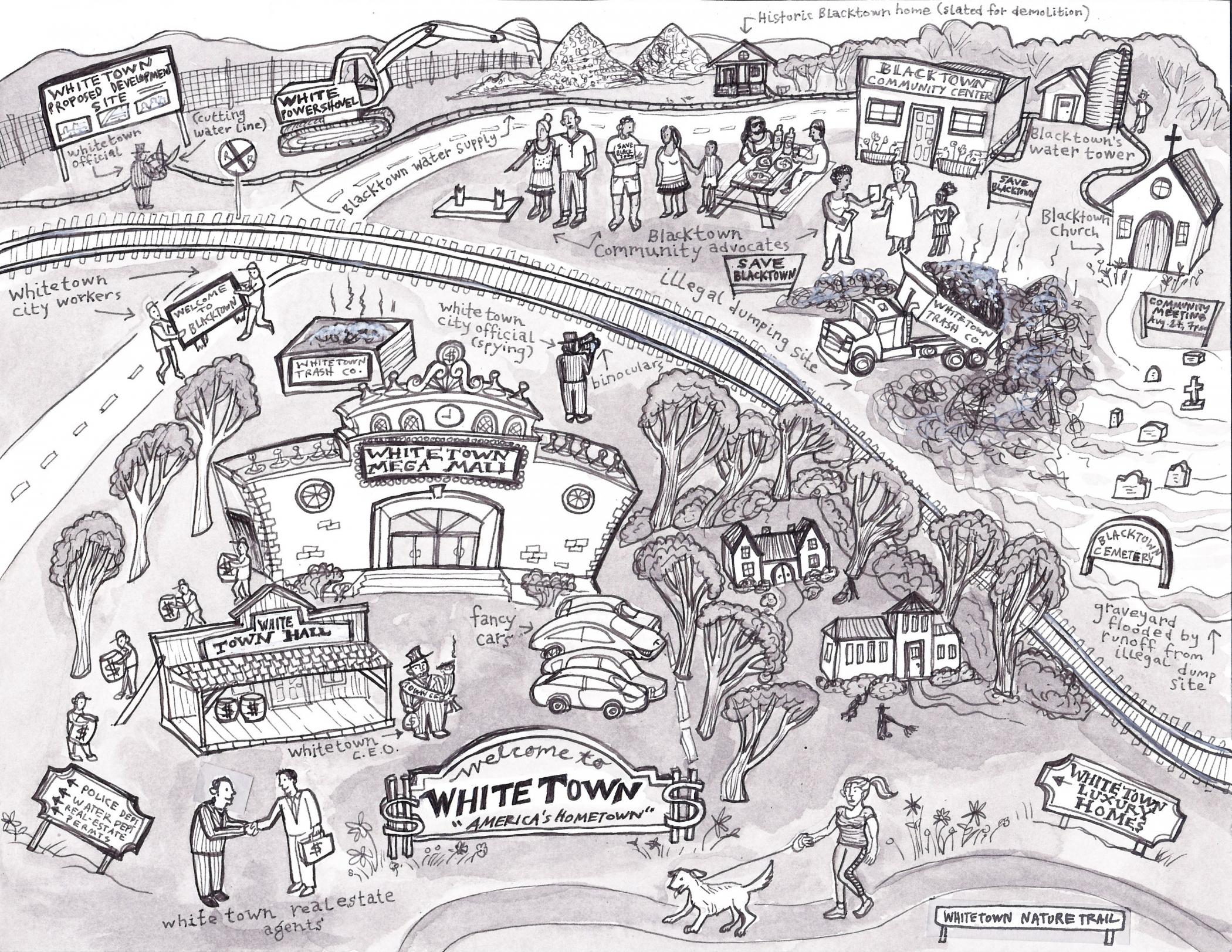 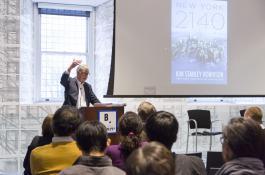 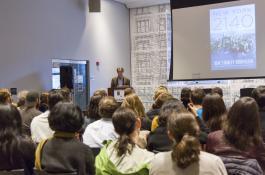 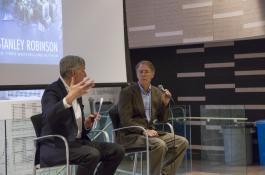