Three prizes of $3,000 each are awarded to students at Columbia University’s Graduate School of Architecture, Planning, and Preservation whose fall semester architectural design (MArch & AAD) studio projects most successfully comply with, interpret, and/or critically extend the terms and spirit of the 2015 Paris Agreement. Winning proposals will directly address the social, technical, political, and symbolic implications of the climate accord in an architecturally specific fashion, at multiple scales.

Applicants for the 2020 prize must submit the following in PDF format by Friday, 18 December to buellcenter@columbia.edu: a 400-word description of one studio project, with complete visual documentation, as well as a carbon footprint estimate and other technical specifications, on no more than six letter-sized pages in landscape orientation; curriculum vitae with contact information; and the name and e-mail address of the project's studio critic. Group submissions from team studio projects are accepted. Applications are typically submitted at the end of the fall semester, and winners are announced at the start of the spring semester. A jury will select one winner from each of the first-, second-, and third-year fall semester studios.

“Birdway on Broadway” is an ornithological research station that is built on one of New York’s oldest roads. The project’s aim is to create a supportive environment for breeding, feeding and sheltering of birds. It’s intended to work in tandem with a classmate’s rat habitat project, which together, enhances a “predator-prey” system. The designed system will attract and grow bird populations that have become endangered through human construction and resource extraction, specifically Red Tailed Hawks - predators that feed off rodents, reptiles and squirrels. In addition, the associated system will rebalance the rat population without the use of harmful chemicals. By creating new habitats for them along Broadway, their relationship can serve as a self-sustaining pest control system to the city. Birdway on Broadway could be presented as an offset alternative, but instead of offsetting carbon, the designed system will offset biodiversity footprints. This explains the flyer format of some of the drawings, to be distributed to locals around Broadway to donate and offset their biodiversity footprint by using relatable and scalable comparisons. In this case, $30 could offset a flight from New York to San Francisco, which is the equivalent of 0.3 MSA.ha (Means Species Abundance).

Due to the lack of access to regular maintenance and inability for water infrastructure to adapt to increased population growth and change in climate, “Slow Water” puts forth a new model for collecting, cleaning, and delivering water to residents in the South Bronx. Borrowing from cultures celebrating water as a holistic performance with the body, such as Japan with onsens/sentos, water became the main vessel for enhancing health. This proposal for future living provides housing for single mothers sharing lifestyles and goals of raising their children within a supportive community, pushing for parent-child and parent-community interpersonal relationships guided by a spectrum of individual and shared water experiences. Our project hopes to bridge something beyond an economic model of housing sustainability, striving for human driven empathetic spaces.The programs are interspersed among the living units, weaving in and out between spaces as a way to connect public and private, wet and dry, shared and individual.

Toxic Entanglements utilizes architecture as a vehicle for the articulation of existing alternative waste treatment processes tying space, funding and actors of various scales in order to enable its implementation. Matter and resource are exchanged, produced, consumed and expelled. What is toxic for certain species nurtures the next, through a continuous circular system. An assemblage of 10 processes that function in unison regulating and providing for each other. An infrastructure that arranges ecosystems through biological and mechanical processes that circulates matter in various states of transformation. We analyze existing environments that are tied to waste management today to envision a possible New York. 50 Hudson Yards was chosen for the implementation of this first prototype due both to location at the interstice of unsustainable waste infrastructure, toxic sites, and problematic relations to animals, and as an effort to reground the East Yards, in an equitable sustainable future for New York.

A Green Commodity proposes green streets that carve into the existing architecture of the Upper West Side. The objective is to imagine how streetscapes could blend with buildings around them while reducing carbon emissions and energy consumption. Three aspects of the shared and collective in New York City were analyzed. Community gardens were researched to understand how public spaces empower local communities. The tenement typology was then analyzed to comprehend how the lack of daylight and air in interior spaces influenced the use of alleyways, bathrooms, and kitchens. And lastly, studying the value of NYC trees determined by the Department of Parks in relation to the services provided by them: stormwater interception, energy conservation, air pollutant removal, and carbon dioxide storage. This research led to three design strategies: carving into buildings to bring in light and air, creating porous edges between green streets and the adjacent architecture, and using the financial support of developers to plant trees and finance this greening effort.

We think that sustainability lies in the lifestyle people live. We propose the self-sustainable attitude towards living: A lot of things you consume in the architecture comes from the architectural system itself: light, wind, water and food. We transform the traditional large-scale public space into a series of domestic scale courtyards which nourish diverse activities and encourage the residents to maintain their own courtyards. People enter each unit through the roof landscape, which advocates the culture of walking and leads to a healthier and energy-saving lifestyle. The boundary of units is not fixed. All the living space is flowing in between the fixed elements: light wells, service cores, circulation cores, and shear walls. The design approach opens myriad possibilities of space usage and each unit is unique. In this way, the built structure could achieve its best efficiency.

The Ecole Superieur d’Agriculture de Mograne (ESAMo), was built in 1952 to train Tunisians in industrial agricultural methods and cement France’s hold on the country’s agro-economy. While a building itself cannot be held responsible for international slow violence, it can reveal the intentions and unintended consequences of top-down planning. My design challenges the French framing of the pastoral and rigid delineation of the groundline, offering a phased approach to diversify agricultural production and reintegrate students with the landscape. At the center of this new program are four seed libraries, built from stone of the hollowed campus ground floor. This process of deconstruction and rebuilding will, itself, become part of the curriculum, as students, teachers, builders, and farmworkers integrate their knowledge. Over time, this collective work will become pixelated throughout the campus; the formerly static groundline will become temporally dynamic, punctuated by retaining walls, bunds and terraces for cultivation and water collection. This process can be applied to other nodes of environmental degradation in Tunisia, redistributing agency and material resources to those who have been most impacted by imperialist development and climate change.

The Armadillo aims to set an example for sustainable building while making New York City adaptive to a changing world through socially productive means. It is located on the East River at 14th Street adjacent to the Con-Edison power plant. Barricaded within a concrete shell during the winter and extreme weather, it is an incubator space for art, dance, theater, and science. In the summer, it expands into six autonomous floating components, each with its own public programming potential as a stage, exhibition space, and more. The components dock up around NYC and North Jersey, making art accessible to various communities. The Armadillo ensures its own longevity through its adaptive concrete shell that protects the components during extreme weather. It also protects Con-Ed from storm surge. Lastly, it is a template for many similar structures to form a flood wall chain around lower Manhattan, which may otherwise be underwater within our lifetimes.

A Green Commodity proposes green streets that carve into the existing architecture of the Upper West Side. The objective is to imagine how streetscapes could blend with buildings around them while reducing carbon emissions and energy consumption. Three aspects of the shared and collective in New York City were analyzed. Community gardens were researched to understand how public spaces empower local communities. The tenement typology was then analyzed to comprehend how the lack of daylight and air in interior spaces influenced the use of alleyways, bathrooms, and kitchens. And lastly, studying the value of NYC trees determined by the Department of Parks in relation to the services provided by them: stormwater interception, energy conservation, air pollutant removal, and carbon dioxide storage. This research led to three design strategies: carving into buildings to bring in light and air, creating porous edges between green streets and the adjacent architecture, and using the financial support of developers to plant trees and finance this greening effort.

We believe sharing within a housing complex can double the fulfillment of the user by just creating half of the space. Through a series of studies on household objects, we have developed a concept of sharing based on usage and programming. Therefore, we work towards reducing overall construction area as well as increasing operational efficiency of those spaces. Thus, through the idea of sharing, this project reduces carbon footprint through eliminating underutilized appliances within the flat and relocating them in a common space, which is more efficient and social at the same time. Realizing food as a social construct, we introduce dine-in restaurants, cafes and informal outdoor areas in the public plaza. Along with the community kitchens, these spaces encourage social activities and gatherings.

The coming biological age should be seen as an opportunity to reassess “sustainability”. For my project, a research complex in the sugar cane fields outside Campinas, Brazil, I’ve employed the grown material of bacterial cellulose, the leathery by-product of the bacteria commonly found in Kombucha. While utilizing bacterial cellulose is demonstrably positive environmentally, my goal with this project is to engage the non-quantifiable: the inherent politics, morality, and perceptions surrounding a new building materiality. To interrogating these manifold issues, I have created a series of narratives profiling seven different actors and their relationship to the research complex building. These narratives, each represented through their own unique media, define a scenario while also informing the design. In finding the edges of our current relationships and tweaking them, I believe we can achieve a much broader impact. Perhaps then we can begin to address climate change with the necessary urgency. 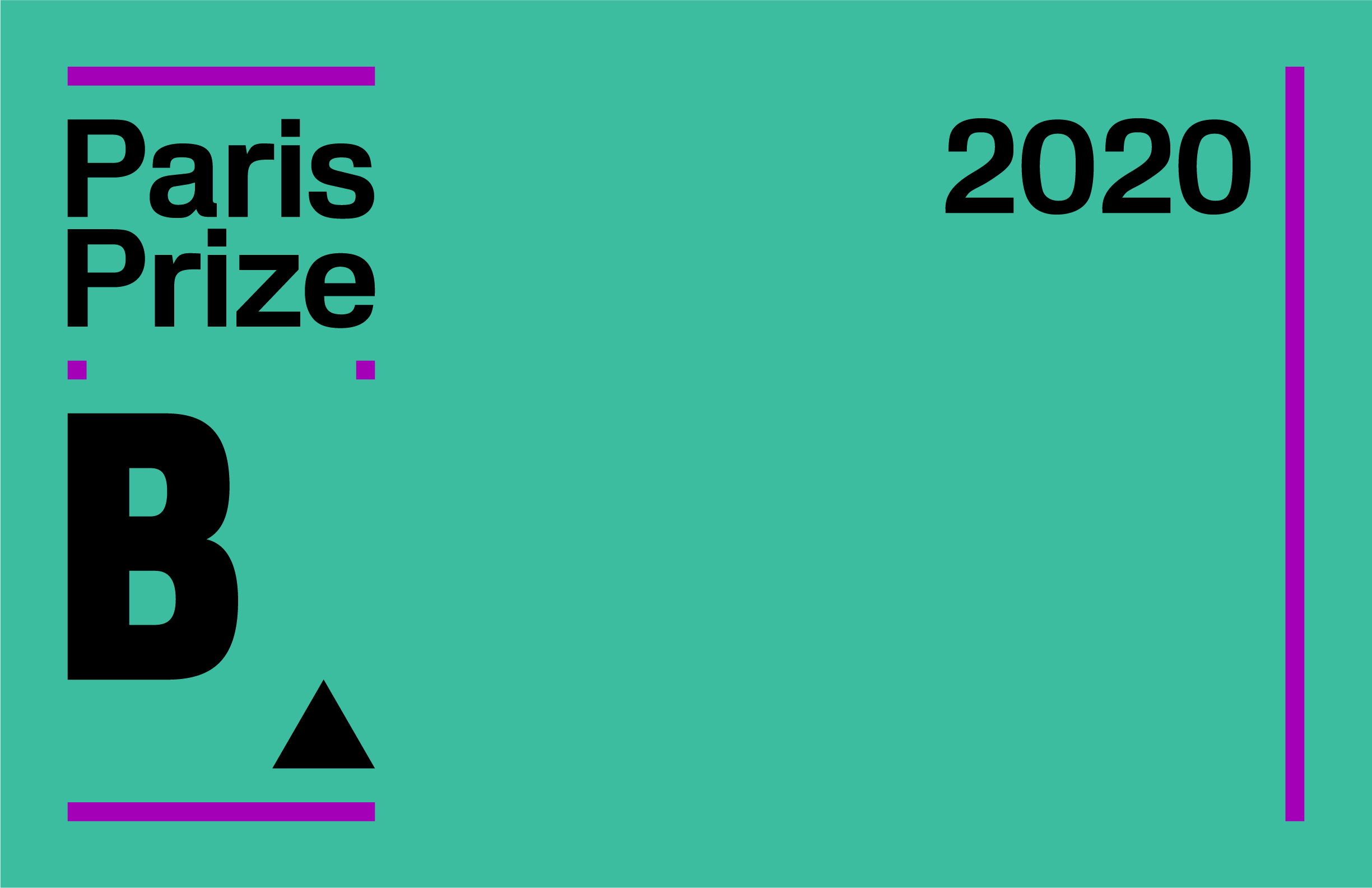 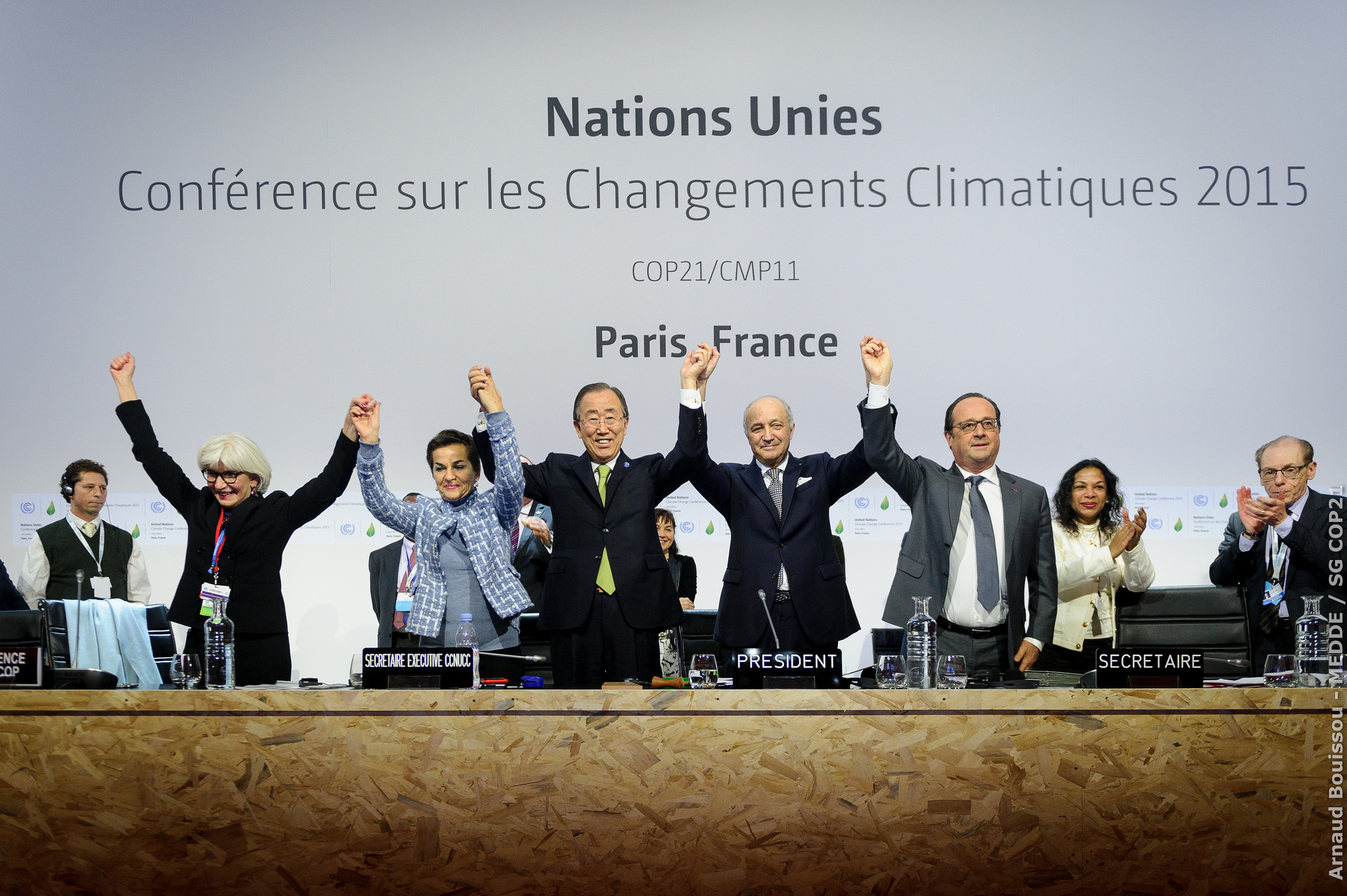 International leaders celebrate the adoption of the Paris Accord (Arnaud Bouissou) 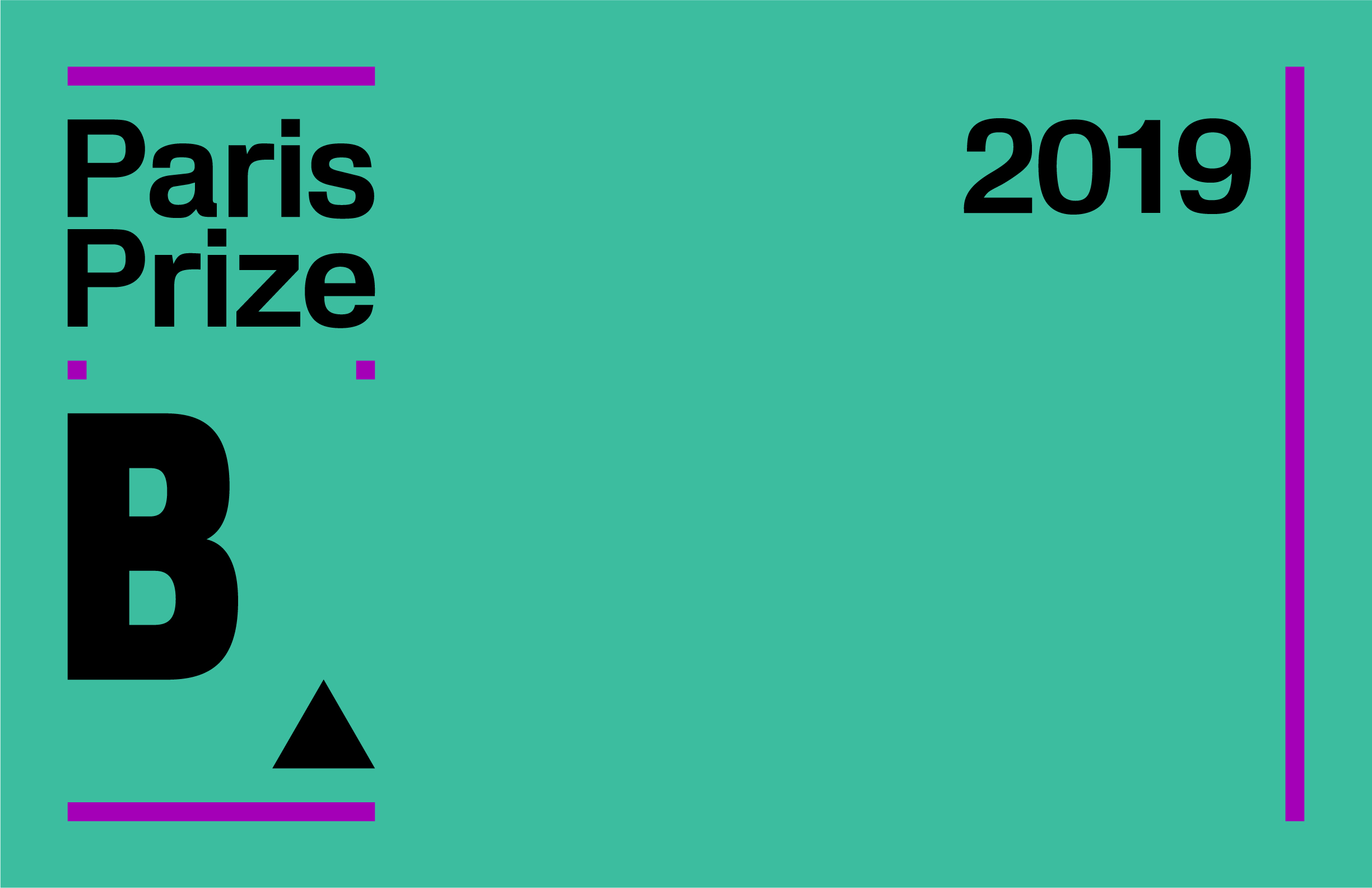 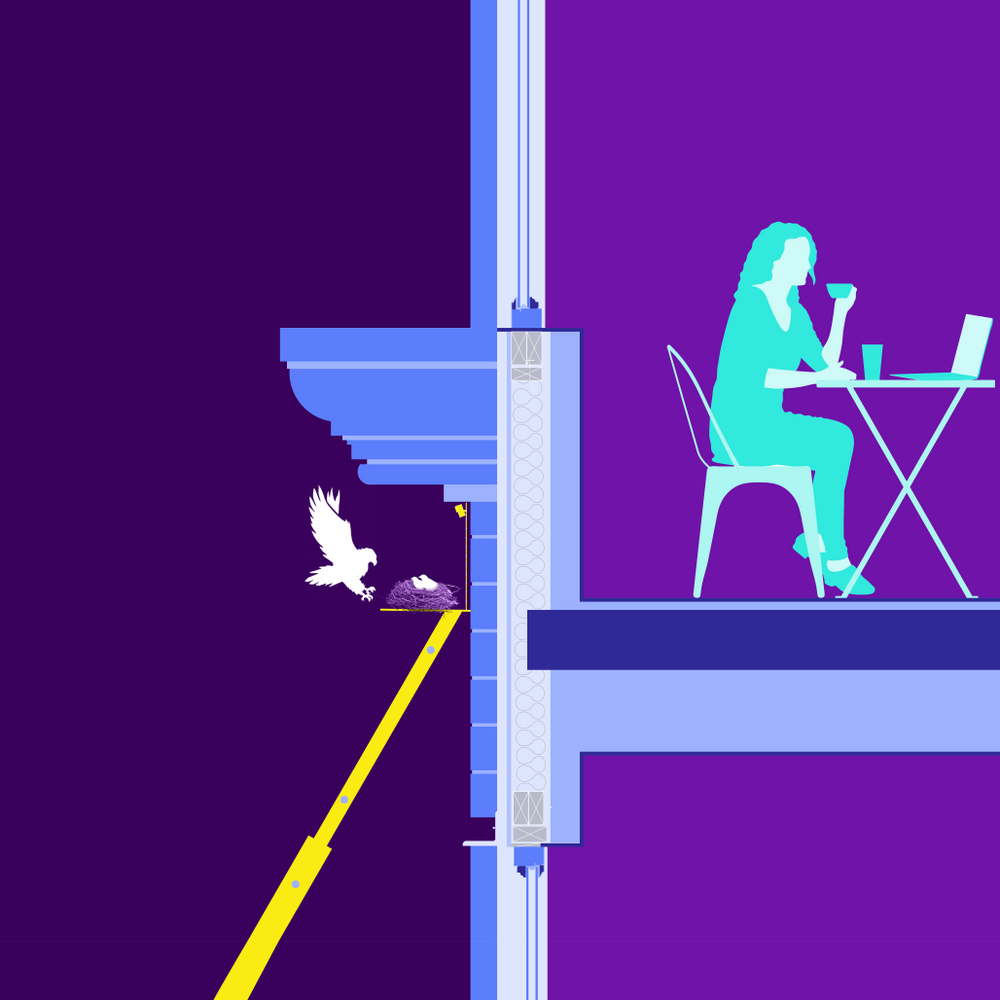 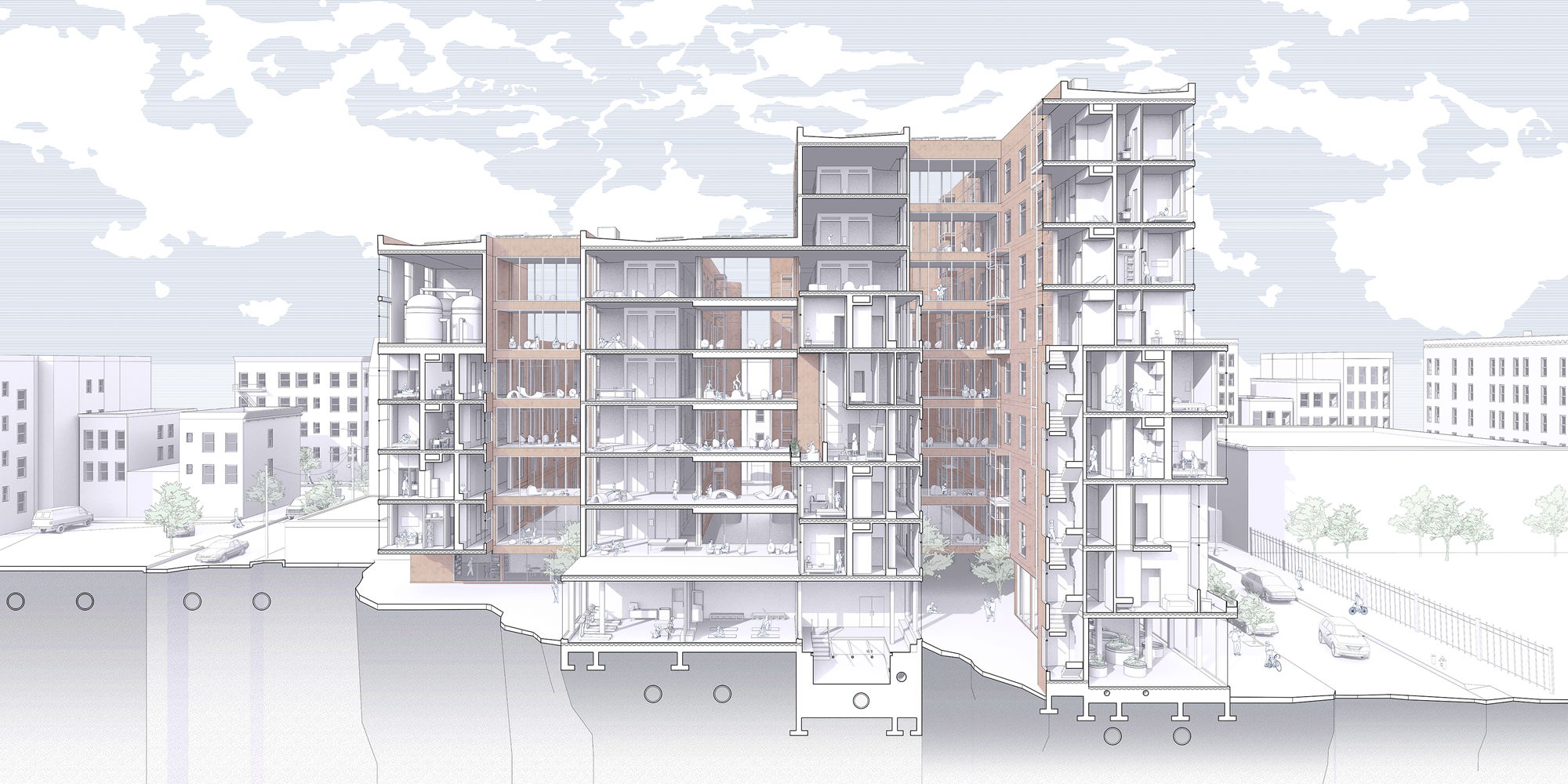 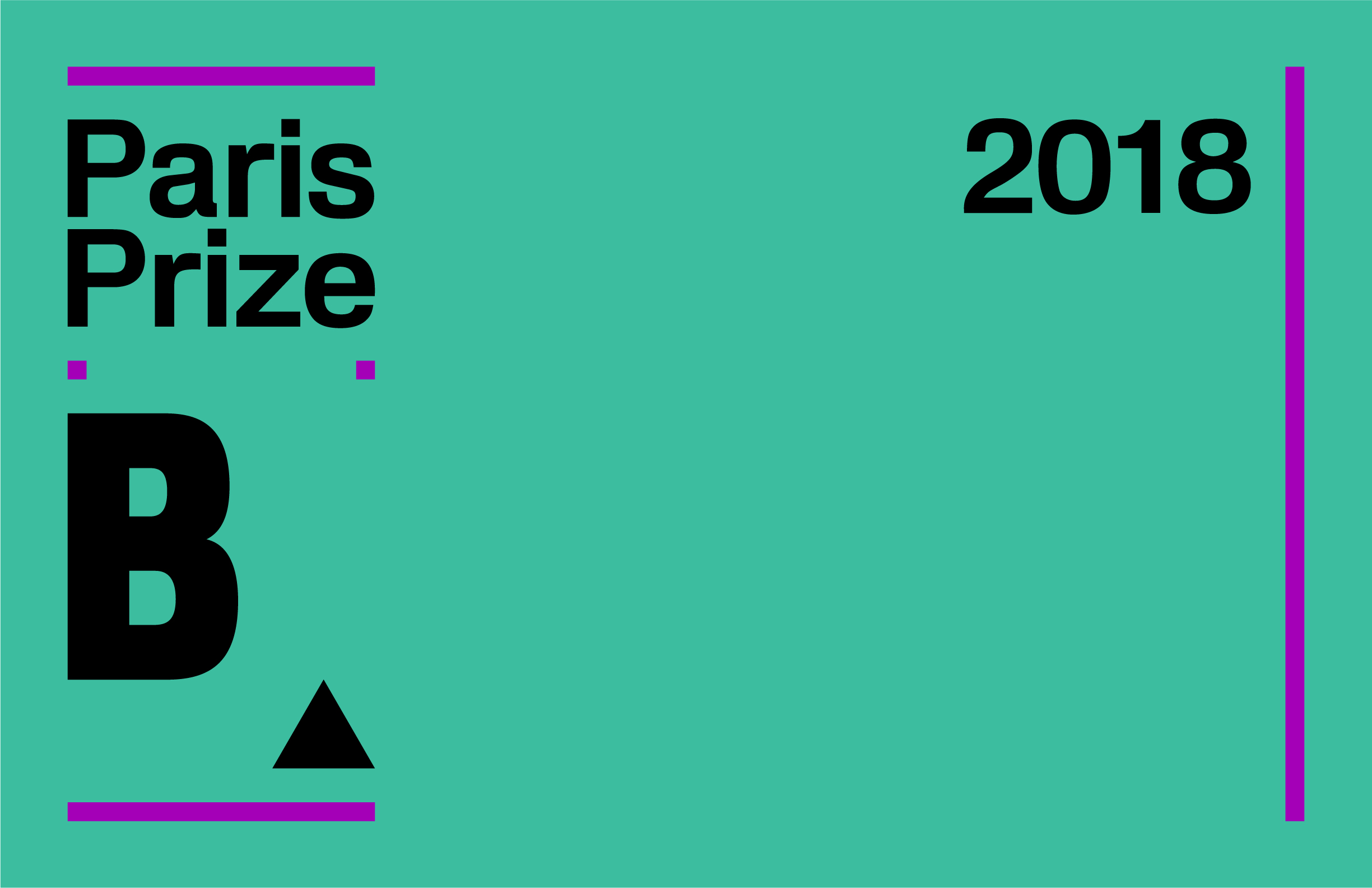 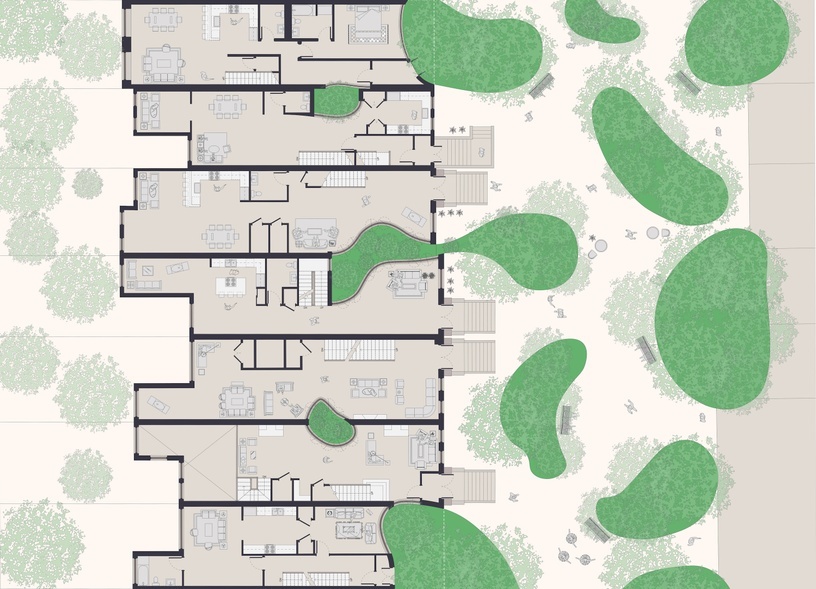 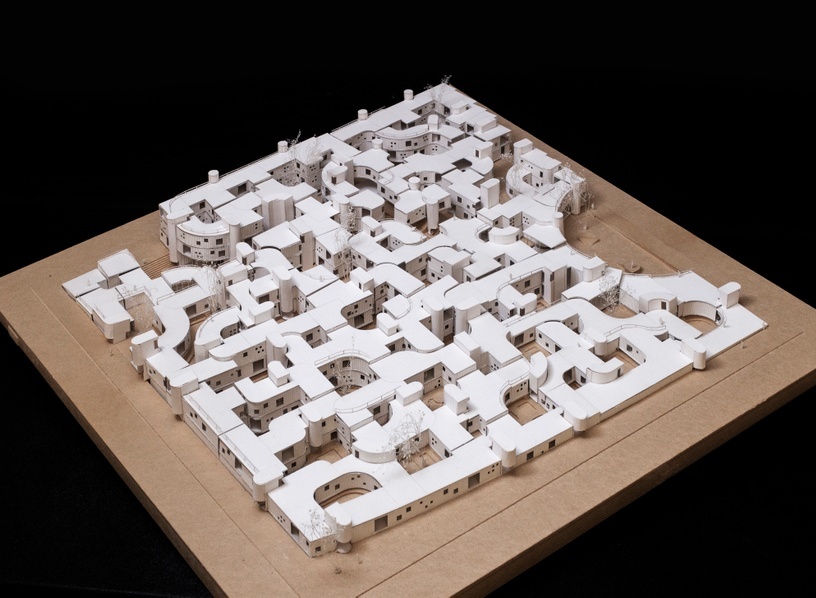 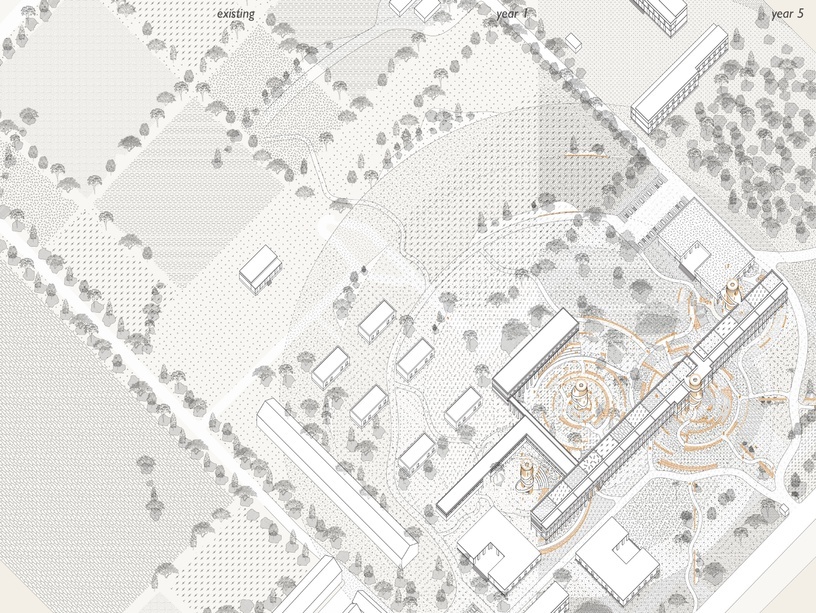 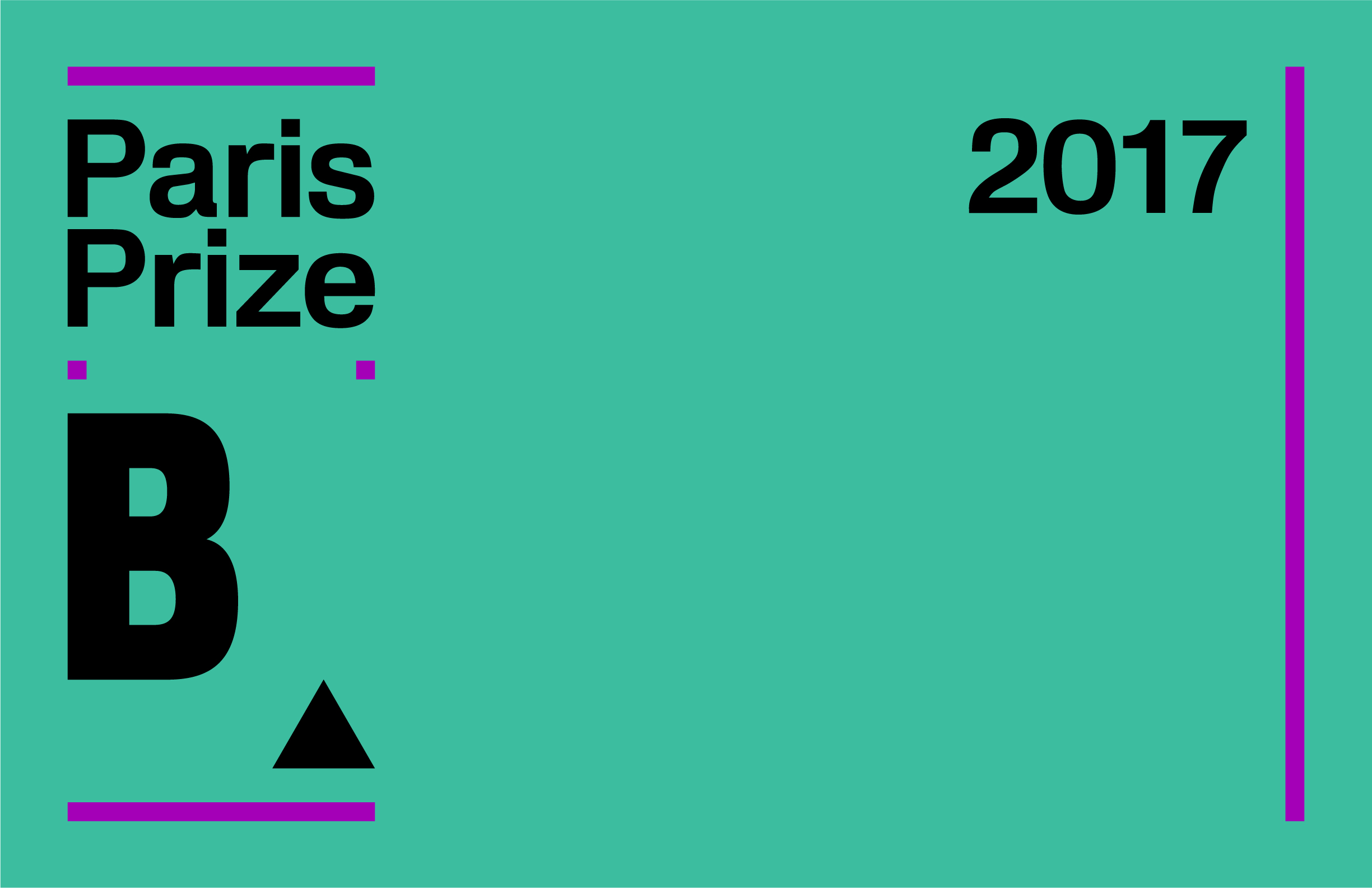 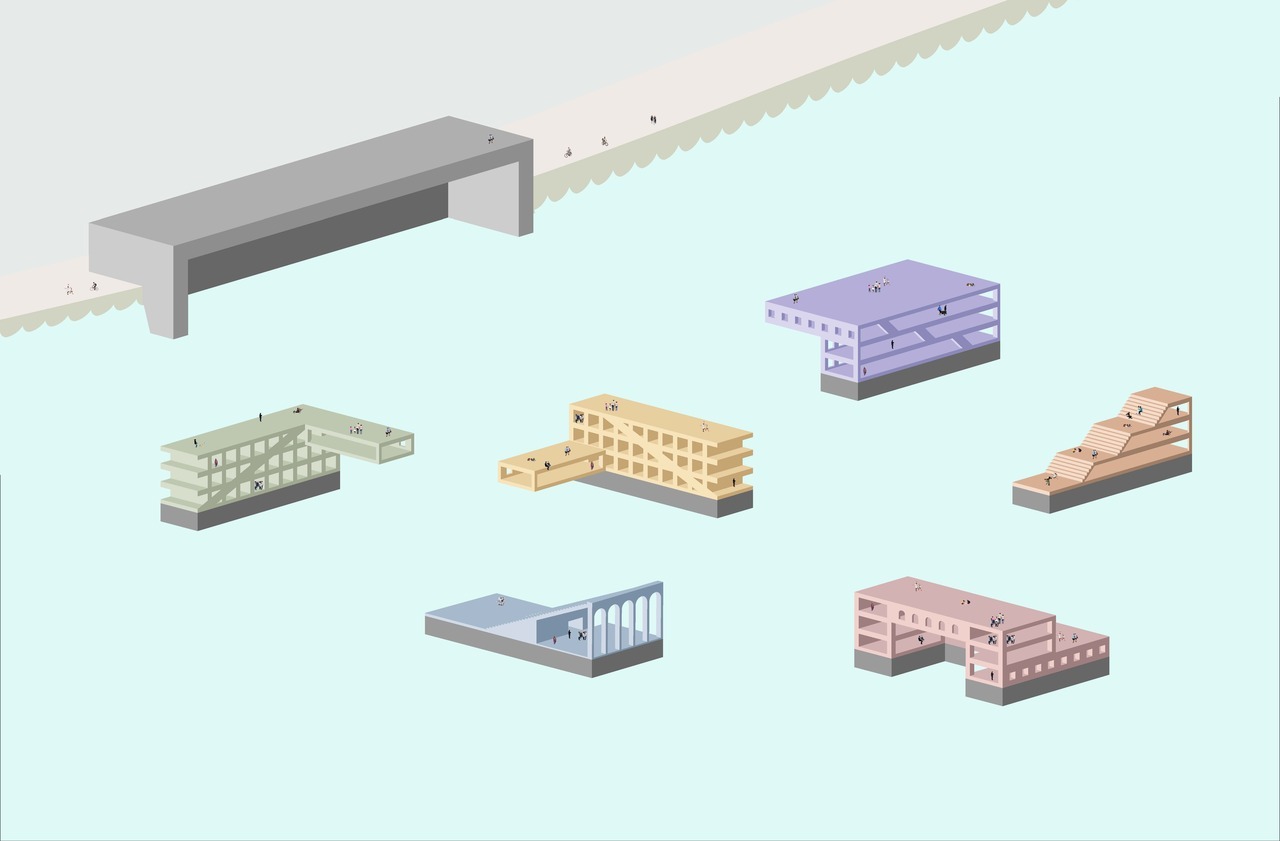 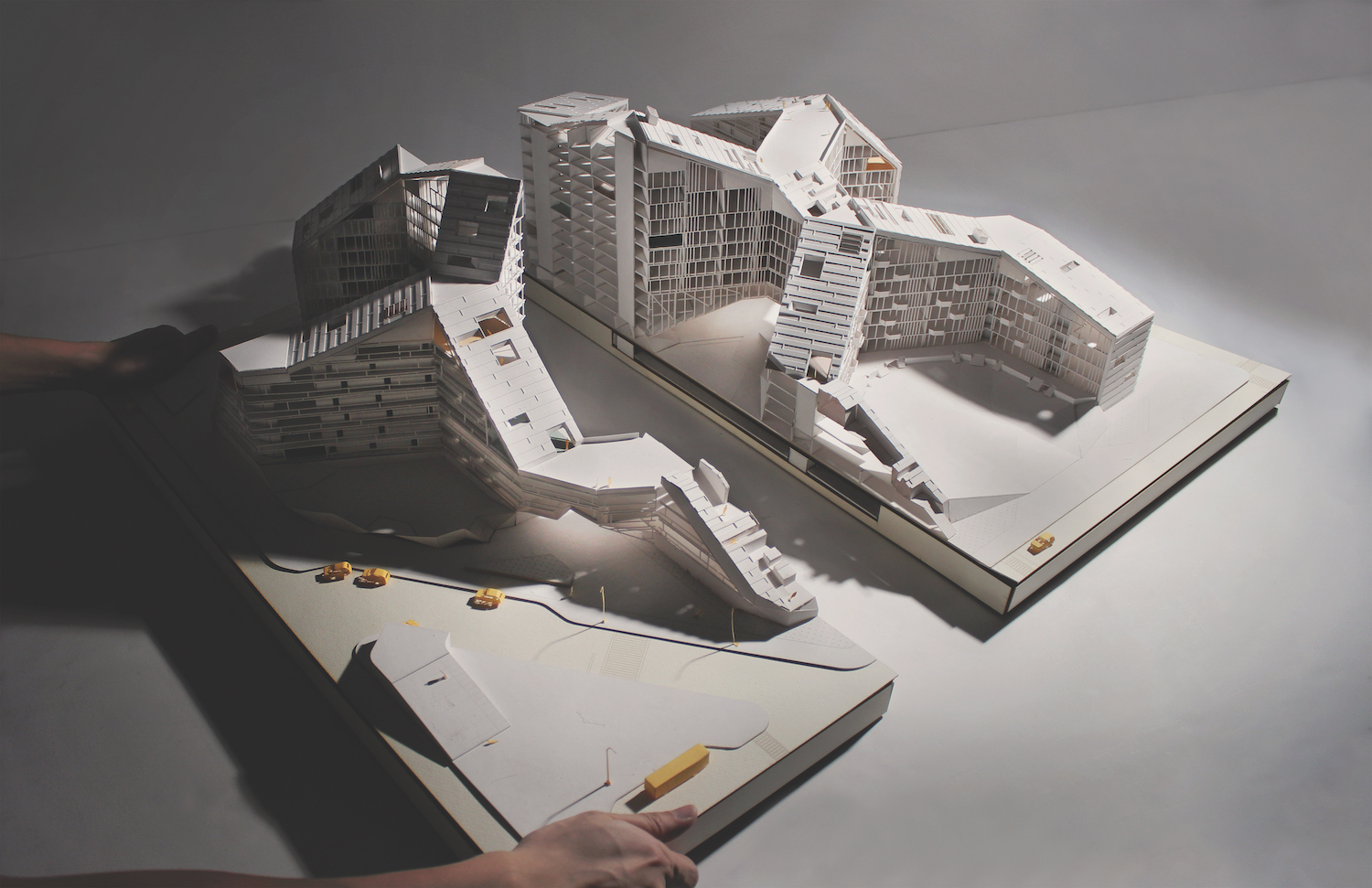