Scalawag and Southerly are partnering with the Temple Hoyne Buell Center for the Study of American Architecture at Columbia University to publish stories about climate change and infrastructure in the US South. The partnership will feature investigative stories and reported essays about the challenges Southern communities face when it comes to infrastructure—including but not limited to drinking water, energy infrastructure and transmission, or bridges, roads, and landfills—and the socioeconomic and political issues that surround them. Above all, the partnership seeks journalism that interrogates the power dynamics involved in infrastructure projects and systems, and tie in with timely national and regional policies and issues like the Green New Deal.

Climate change exacerbates the ecological, public health, and safety challenges long posed by America’s infrastructure systems, from failing drinking water pipes to aging dams, from coal plants to natural gas projects and oil pipelines. For instance, rural communities dealing with exposure to raw sewage in the US Black Belt are grappling with increasing temperatures and more frequent flooding, which aggravate an already dire public health crisis. US-based fossil fuel production is increasing at a time when many localities are transitioning to renewables, leading to the siting of more oil and gas pipelines through wetlands and mountains where vulnerable low-income communities and communities of color live. There is an ongoing water crisis in Appalachia, where bills are exorbitantly high and water districts can’t afford upgrades. All of these stories involve economic, racial, and political power dynamics that must be addressed in order to adapt to a changing landscape.

The stories will be published by Southerly, an independent media organization about ecology, justice, and culture in the American South; Scalawag, a print and online magazine that aims to sparks critical conversations about the American South by uplifting untold stories and marginalized voices; and the Temple Hoyne Buell Center for the Study of American Architecture at Columbia University, through its multi-year initiative, Power: Infrastructure in America.

Pamela Rush lived with her two children in a mobile home near White Hall, Alabama. Straight-piping sewage into the yard caused them health problems. (Lyndsey Gilpin) 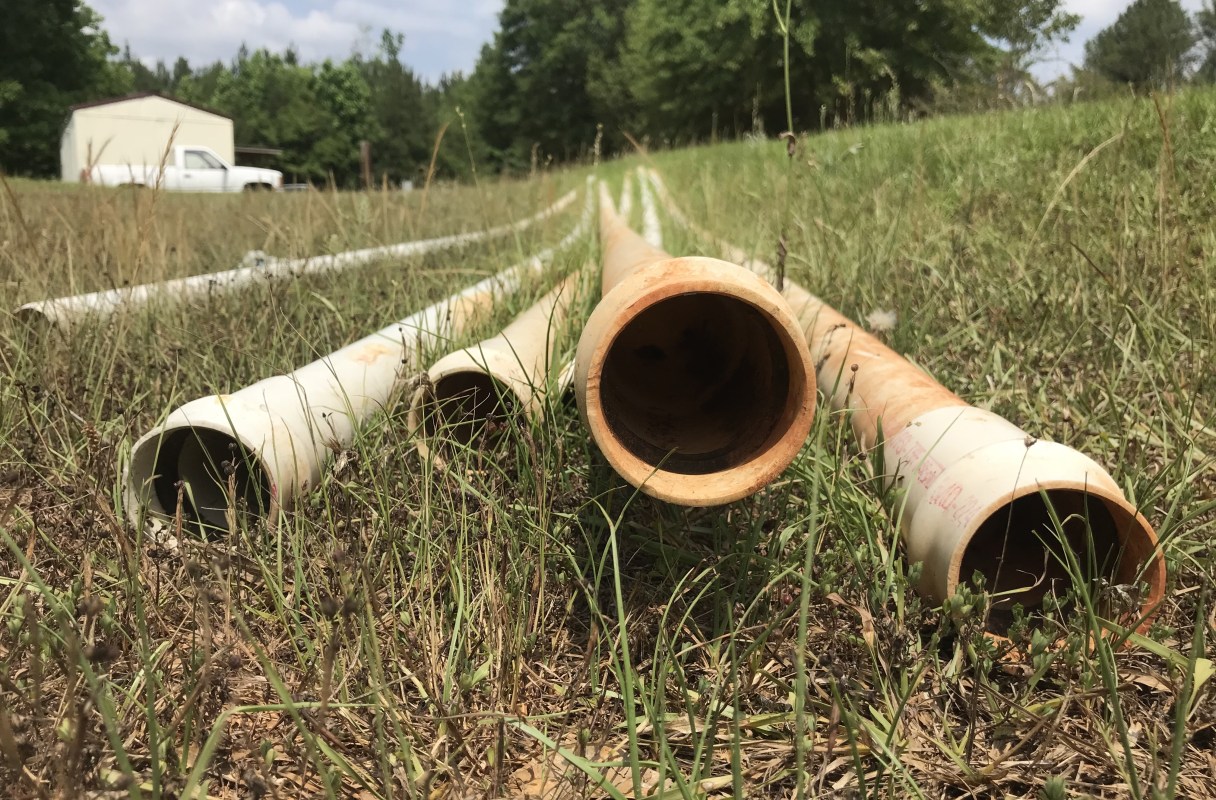 Pipes in the yard of a mobile home in Lowndes County, Alabama (Clancy Calkins)