The Racial Strife that Can Blow in with a Hurricane

As Hurricane Harvey approached southeast Texas, armed white nationalists marched through public squares in the United States. A century ago, another Texas hurricane provided an opportunity for white vigilantes to perpetrate what may have been one of the worst racial massacres in American history. And white politicians, acting with subtler means, used the storm as a pretext to restrict African American voting rights.

When crises of state and storm collide in an already anxious nation, the thirst for stability can lead to the well of white supremacy.

On Sept. 8, 1900, a hurricane pushed a 15-foot wall of water onto Galveston Island. The highest point in the city, home to 40,000 residents, was nine feet above sea level. As many as 10,000 people died in the flood. The unnamed storm remains the United States’ deadliest hurricane.

Lurid tales from Galveston captivated a national audience. In “The Complete Story of the Galveston Horror,” for example, John Coulter enthralled readers with an apocalyptic fantasy: “Incidents of the awful . . . Disaster . . . Horrible Looting of Dead Bodies . . . Pestilence from so many Decaying Bodies Unburied . . . A Second Johnstown Flood, but worse: Hundreds of Men, Women and Children Drowned.” There was “No way of Escape,” Coulter yowled, “only Death! Death! Everywhere!”

Lurking within that dystopian litany of horrors was one Texans actually boasted about: After the storm, white vigilantes executed dozens of African Americans, whom they accused of looting. Pornographic stories of plunder appear throughout contemporary accounts of the Galveston storm, serving to justify this campaign of terror. “The ghouls were holding an orgie [sic] over the dead,” read one account, and “the majority of these men were negroes.”

“The pockets of some of the looters were fairly bulging out with fingers of the dead, which had been cut off because they were so swollen the rings could not be removed,” the journalist wrote. “During the robbing of the dead not only were fingers cut off, but ears were stripped from the head in order to secure jewels of value.”

Did that really happen? Probably not. The mythical language about “ghouls” suggests that these scenes, like the myths about black men raping white women that suffused the South at the time, were cooked up in the sociological cauldron of white fear. White people have long dreaded the specter of imagined black predators, and the storm offered an occasion for white readers to revel in their racist fantasies.

Nonetheless, a coterie of white Galvestonians seemed to believe they did. And that fear gave them license to kill. As the flood receded, Lloyd Fayling, a white businessman, finagled a questionably legal commission as a police sergeant and began impressing white men into an ad hoc militia. He wrote later that he believed “the only salvation of the town lay in getting it under martial law as quickly as possible.” Fayling ordered his men: “If anyone resists your authority, shoot.”

It is not clear if any members of Fayling’s militia used lethal force in their quixotic effort to restore order, but they may have, and many published accounts suggest that other vigilantes did. “Fiends . . . are given no trial,” a reporter noted. “The orders are to shoot them down.” He estimated that 50 people were shot.

Murder often masqueraded as justice in Jim Crow America. White vigilantes may have exaggerated how many African Americans they killed, wearing their boasts as badges of honor as the myth of the Lost Cause took hold across the country. But the cries of “Lynch him! Burn him!” heard in Galveston were familiar in that time and place. More than 20 people were lynched in Texas every year during the decade surrounding the storm.

Modern accounts of the 1900 storm tend to omit these stories of looting and lynching. Instead, they trace a more comfortable narrative arc, common to many stories about disasters, with lessons learned from a difficult past brightening the path forward. In most tellings, the Galveston disaster’s silver lining was the creation of the commission form of municipal government. White reformers seized upon the storm to accelerate earlier efforts to revise the city charter. They argued that the current government was corrupt, inefficient and not up to the task of recovery, and they sought to transfer control of municipal functions to rational, businesslike managers.

The Texas Legislature quickly authorized a new local government comprising five commissioners, three appointed by the governor and two elected at large in Galveston, each responsible for a specific municipal department. Reformers believed they had created a competent bureaucracy to rebuild the city and prepare for an ever-better future. The Galveston Plan became a model for the nation. “No single movement of reform in our governmental methods has been more significant,” Woodrow Wilson later asserted.

But like the stories of looting and lynching, this form of government also reinforced white supremacy. The most widely remembered achievement of Galveston’s post-storm government was the construction of a sea wall meant to protect the island from future storms. At the same time, the commission form of government ensured that, by featuring at-large districts, African American voters would always be outnumbered in local elections.

The Galveston Plan thus stands — with the imposition of the poll tax in 1901 and the white primary in 1923 — as a signal event in Texas’s disfranchisement of African Americans.

How distant is that past? White men in fatigues, bearing guns, are taking to America’s streets today, using violent intimidation to defend the legacy of the Confederacy. A federal court just ruled that Texas violated minority voting rights when it redrew its congressional districts in 2011. In July, Texas’s voter ID law, supported by the Trump administration, was struck down by a federal judge. The judge compared the law to a poll tax on minorities. Last week, armed white men formed makeshift militias, patrolling for the Houston looters they were sure they would see.

The scope of the disaster in and around Houston, one of the country’s most diverse cities, is immense. But as we grapple with the events in Texas, then and now, we would be well served to hold in mind an even more expansive sense of disaster — to complete the story of the Galveston horror by adding to it the disfranchisement that announced the arrival of the New South, the extralegal spectacle of lynching masked as the law, the violent fantasies at the heart of white supremacy and the ongoing human tragedy of racial terror. 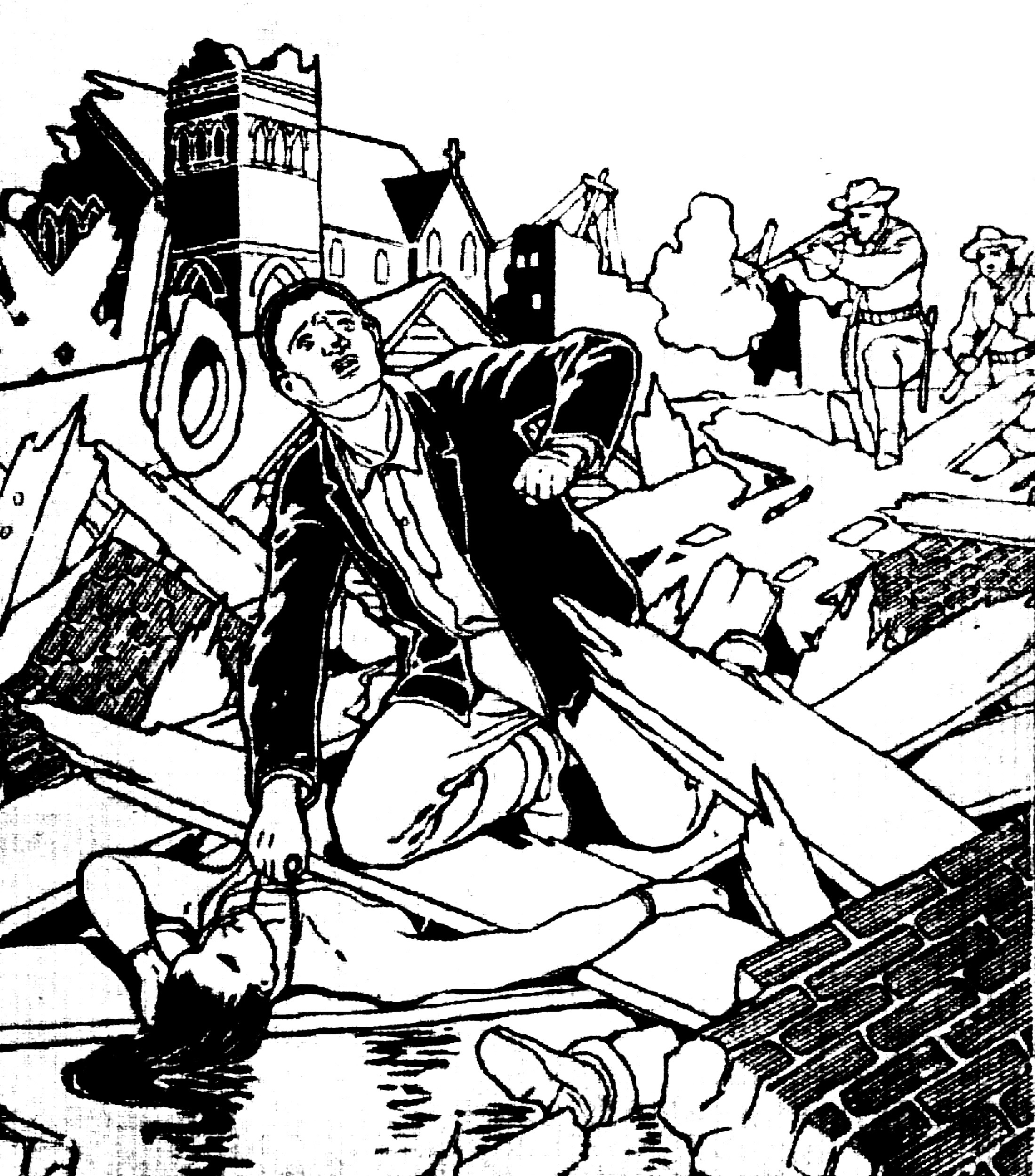 Climate, Infrastructure, and Emergency Powers Workshop
Democracy in Retreat? Master Planning in a Warming World
Unnatural Disaster: Infrastructure in Puerto Rico Before, During, and After Hurricane Maria